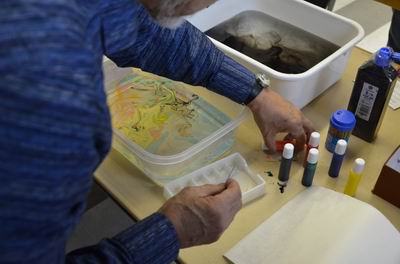 Then the paper was added. The paper should be a heavier paper than the usual thin rice paper. 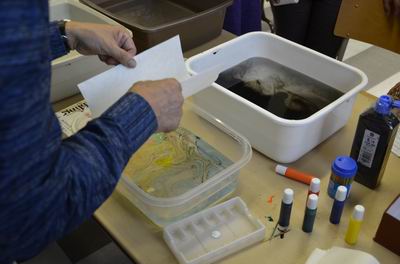 The result is wet paper with a pattern. It takes 30 minutes or longer to dry. 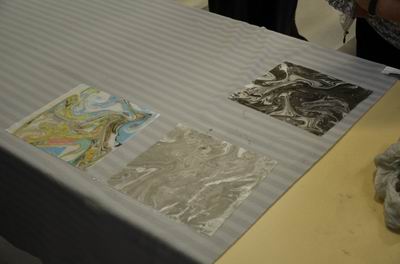 The artists began creating their own suminagashi beginning with mixing the colours. 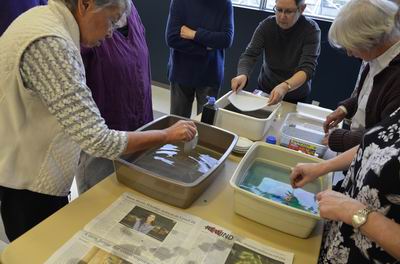 Their results were impressive. You can also create a black and white suminagashi pattern with just sumi-e ink. If doing this in a workshop, get participants to identify their works with name tags. 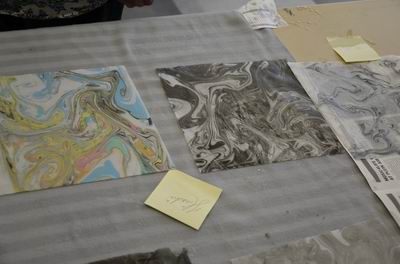 Hiroshi Yamamoto brought pictures of Noh masks used in Noh theatre. Noh theatre is Japanese classical theatre, which tells stories that are hundreds of years old. He would use a Noh mask as a subject. 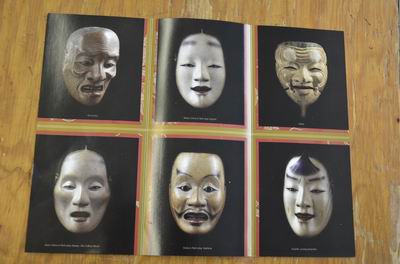 Fish were the first painting on blue-coloured suminagashi. The body is created in one brush stroke. 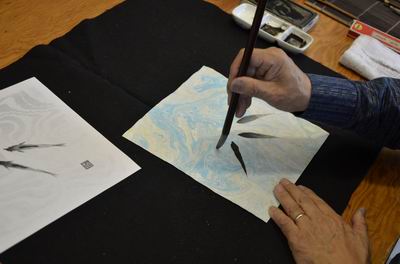 Adding a tail is next. 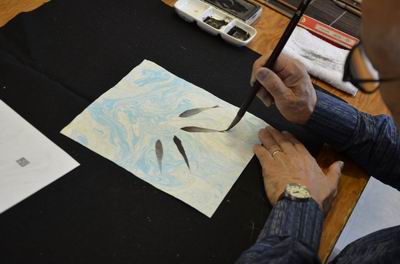 The gill at the side of the fish is done in another quick brush stroke. 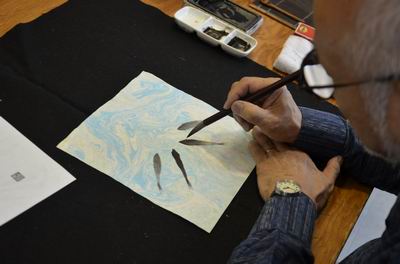 Finally the dorsal fin on the back is added with a darker ink. 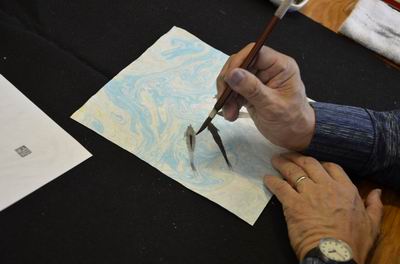 Hiroshi Yamamoto also demonstrated painting a cup. It is done mostly with the side of the brush. Leaving some white space creates the feeling of roundness in the cup. 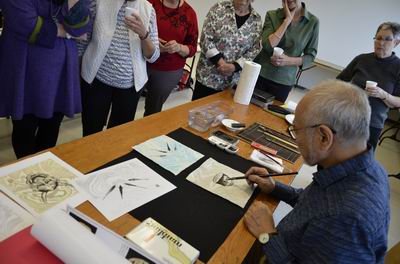 Painting a Noh mask on suminagashi is similar to painting a face. 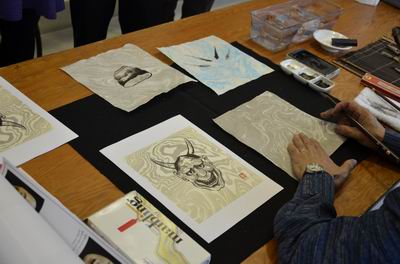 Begin by outlining the mask. 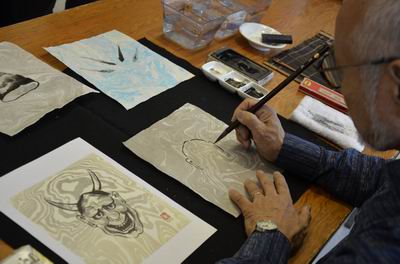 When painting the eyes, leave some white space. 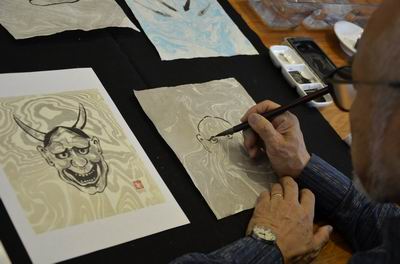 Hiroshi Yamamoto continued adding the details like the mouth. The Noh mask creates a dramatic image on suminagashi. 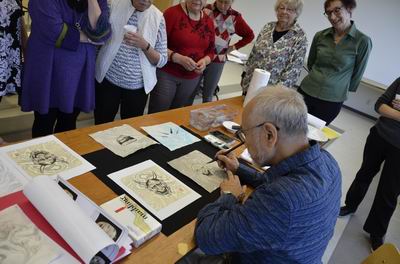 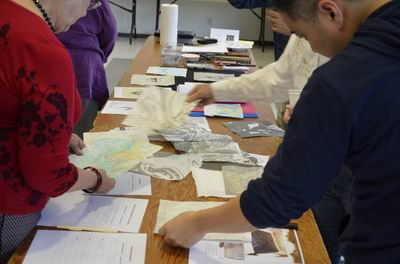 We also could use the suminagashi that we had created earlier as it was dry enough to add ink. 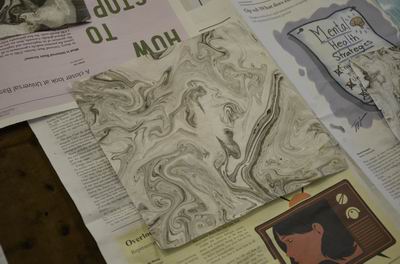 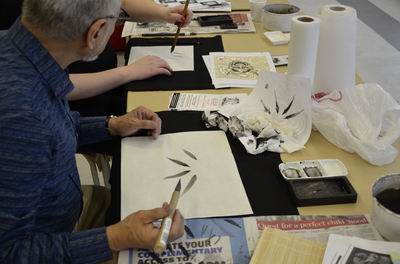 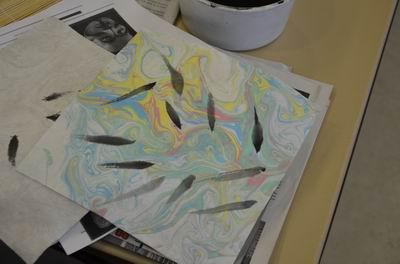 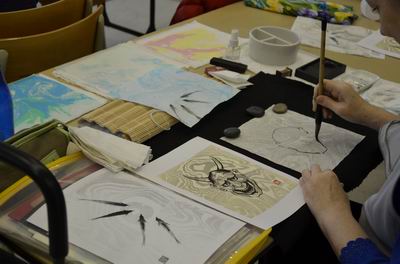 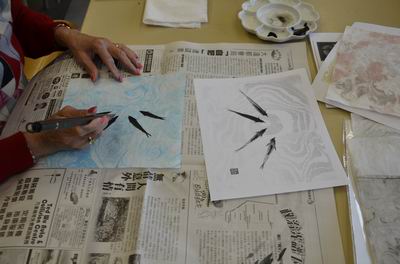 You can paint your subject first and then add suminagashi to it. For example, this crane was painted on paper first. 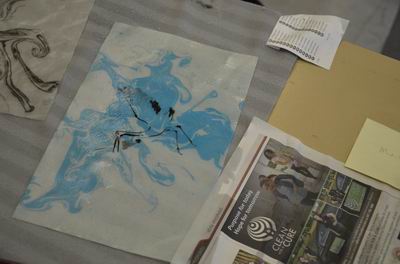 These playful frogs were painted first and the suminagashi added later. 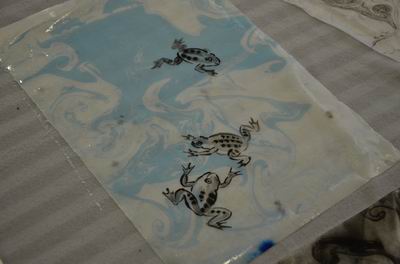 The artists at the workshop produced several more suminagashi works. 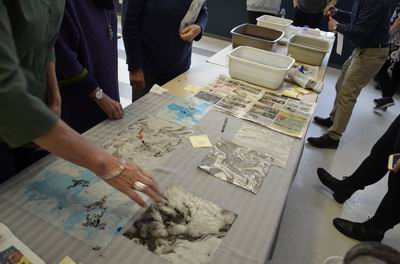 A suminagashi image causes many interpretations. We each see something different in the pattern. 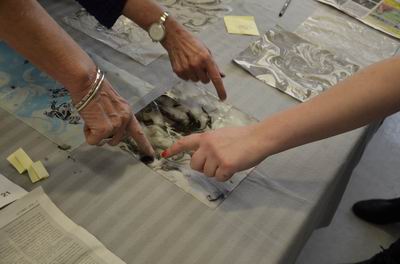