Did you know that monkeys (and those born in the Year of the Monkey) are considered clever? Tien Chang began his workshop on monkeys by talking about his own mischievous pet monkey, which he had as a child. He then showed the workshop participants some of the scrolls that he collects. Tien Chang finds a wealth of artistry in these scrolls. 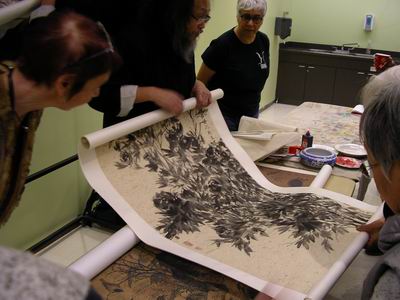 One scroll was only calligraphy. Tien Chang often reminds sumi-e artists that practicing calligraphy is an excellent way to learn how to use the brush. 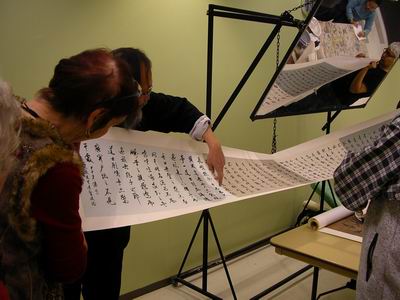 To paint the monkey, begin by outlining the face. 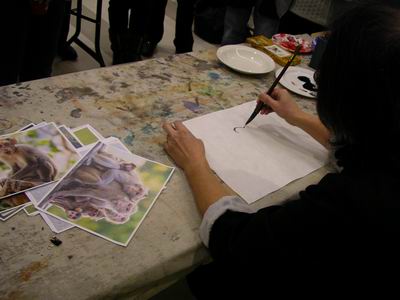 The ears are large. 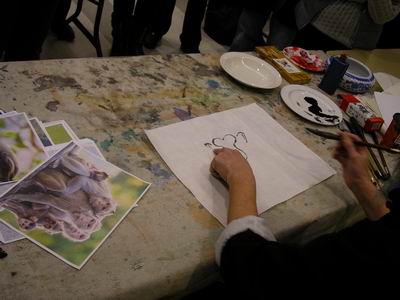 Tien Chang painted some mischievous eyes for this monkey. 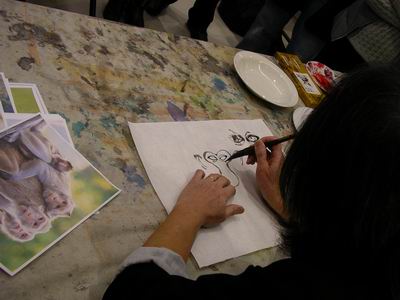 The mouth stretches across the lower part of the face. 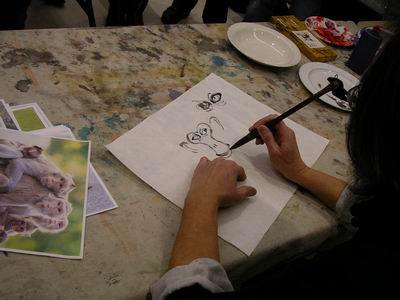 The brow is small and can be painted in a single brush stroke. 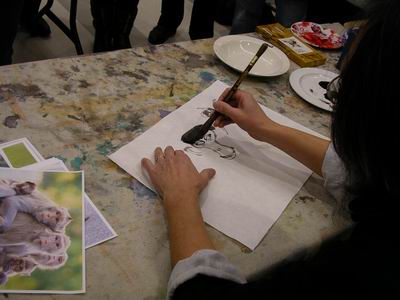 Then proceed to fill in the hair on the head outside of the face. 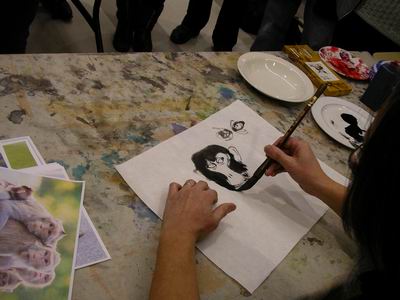 Monkeys have long arms and fingers. 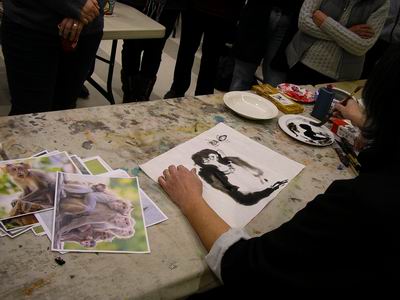 Some red ink enlivens the face. The chest has softer, lighter hair. 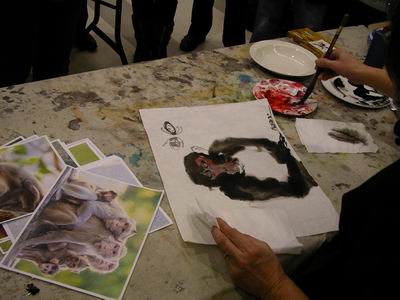 Another monkey that Tien Chang created started with the body including a long arm. 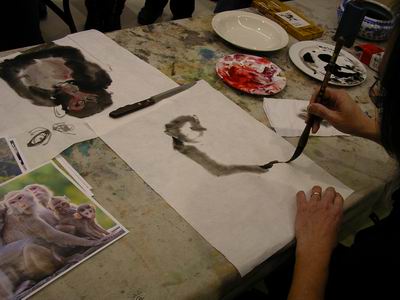 A second monkey was added to create a composition of two related monkeys. 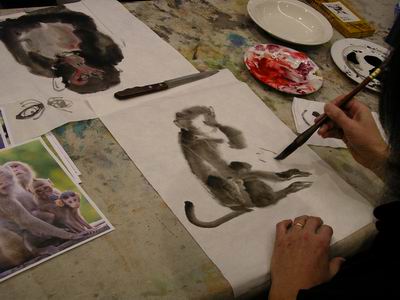 Tien Chang then added the faces, starting with the infant. 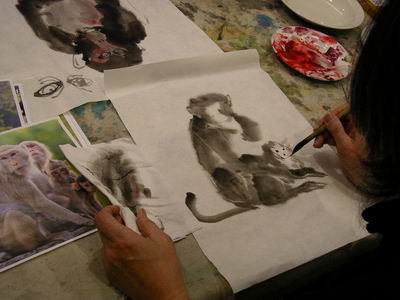 The face of the adult monkey was added completing this interesting composition of monkey relationships. 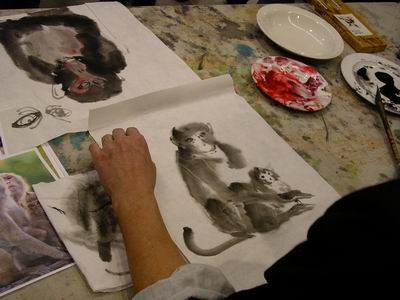 When you add the fur, Tien Chang said, shake the brush slightly to create the fuzziness of the fur. 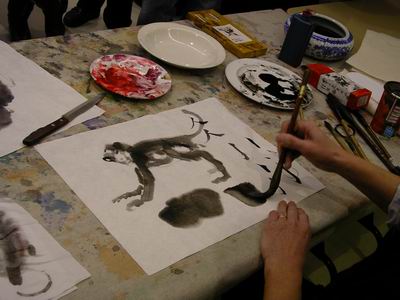 A bird was also drawn by Tien Chang. 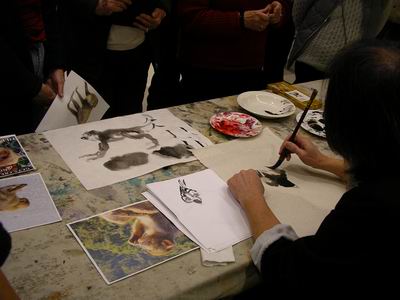 As with the monkey, the proportions of the bird are what capture your interest and make the bird immediately recognizable. 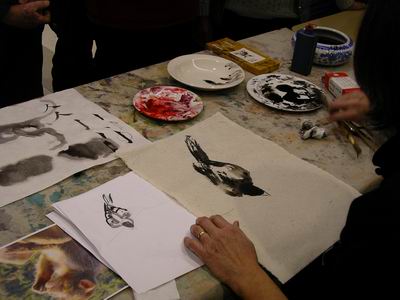 A branch completed the composition. 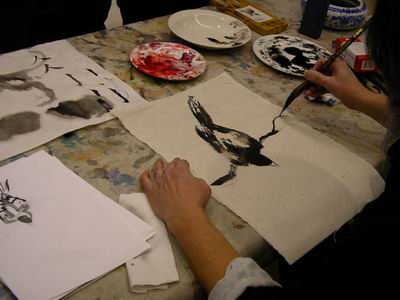 Then it was our turn to try our hand at monkeys. 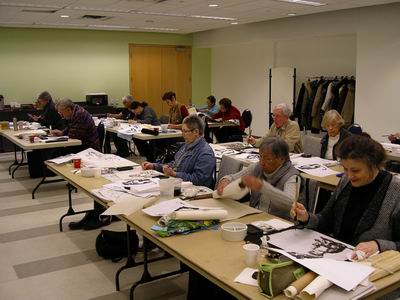 But Tien Chang did come around to help us with our attempts. 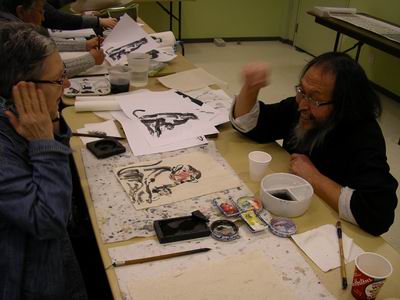 The monkey intrigued the artists at the workshop which led to some engaging paintings. 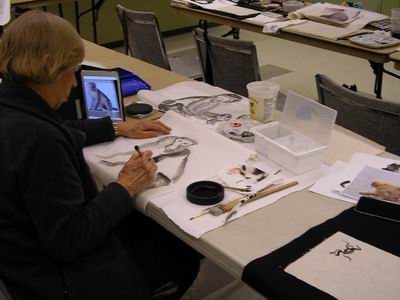 A walking monkey invited us to join him. 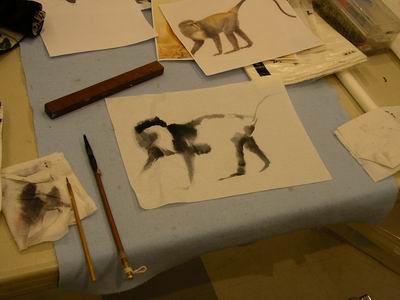 A swinging monkey seemed to go sailing by. 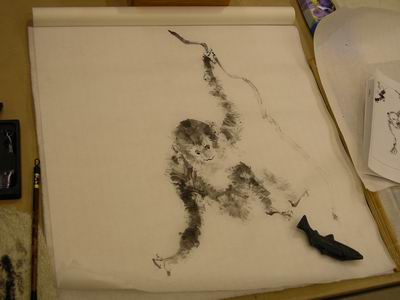 A crouching infant monkey studied the world about him. 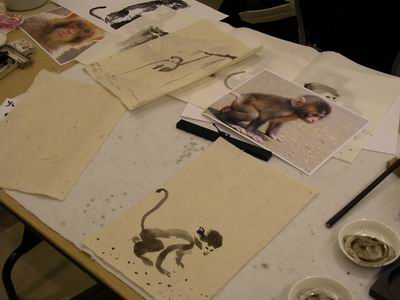 The infant and adult monkey was a theme that artists explored. 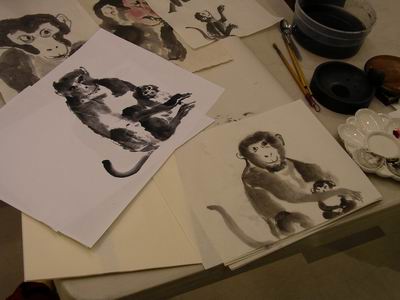 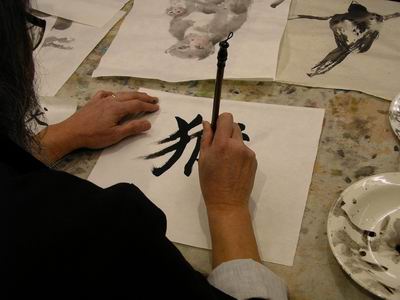 The word for monkey is expressive and lively, like the monkey itself. 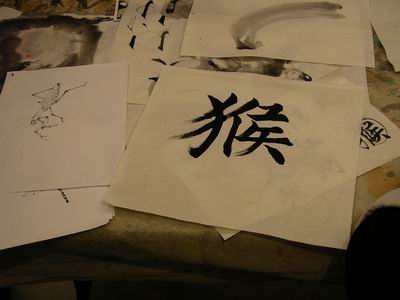 We left still sketching these mischievous, fascinating, and intelligent creatures in our minds.