How do you begin a workshop on zen painting? By meditating. All of us spent several minutes in silence only breathing quietly. Then Hiroshi Yamamoto talked about his time in a zen monastery and the rigors of meditation in the morning. For monks, that is an hour of meditation, not five minutes. Painting began with exercises of drawing lines and circles. 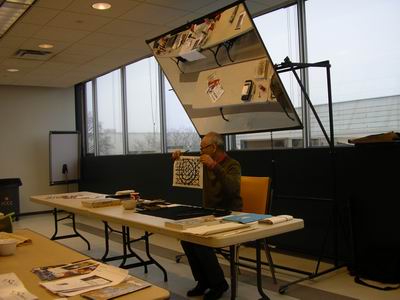 First, we painted horizontal lines, then vertical lines, and then circles. It is an exercise to get your hand and arm moving without any painting in mind. 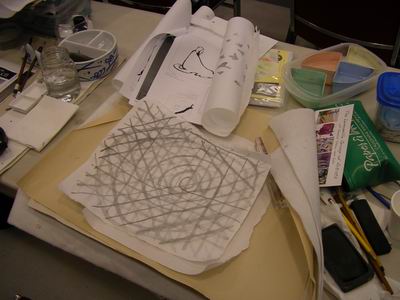 Workshop participants then painted a circle in one continuous brush stroke. The circle is often painted prior to painting an image. It is painted at the start of calligraphy practice, too. 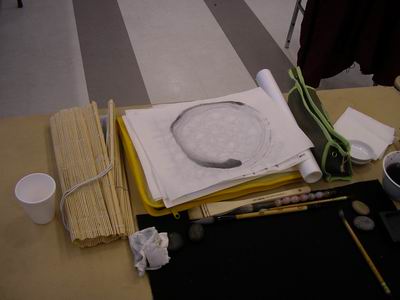 Next came birds. Hiroshi Yamamoto stressed we quickly paint a flock of birds. 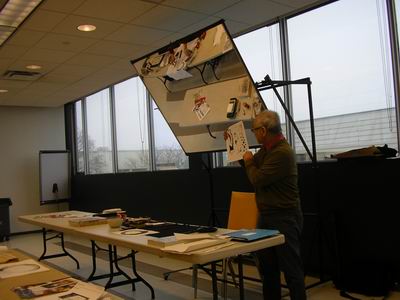 The chaos of putting the birds on the paper in any form or fashion created intriguing designs. 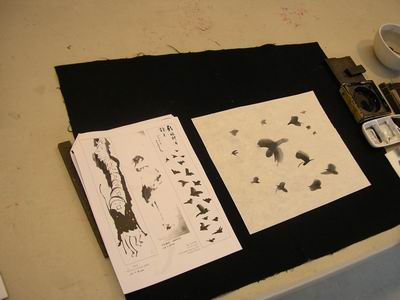 Some entertaining flocks of birds emerged. 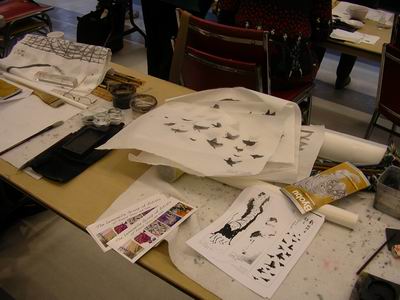 The class became wrapped up in the zen painting. 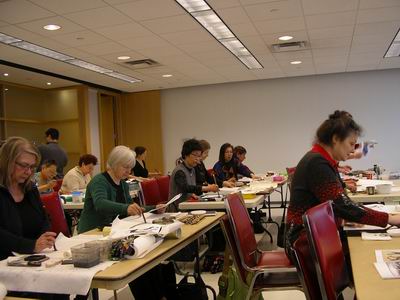 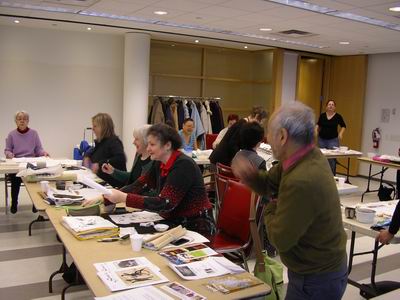 Hiroshi Yamamoto had brought some samples of people painted in a zen-like way. A kind of fast impression of a person. 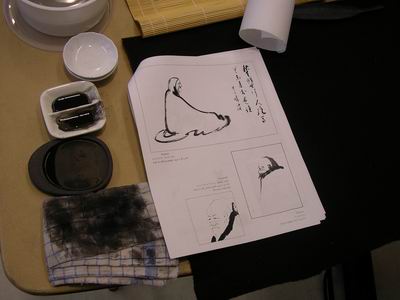 The idea was to glance at a person and paint an immediate impression, often in just a few lines. 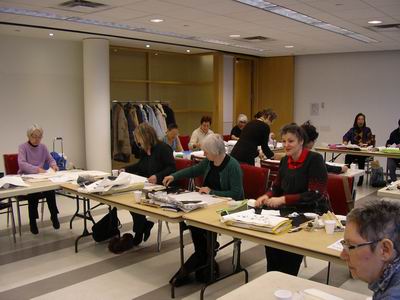 We then pasted our results to the wall. 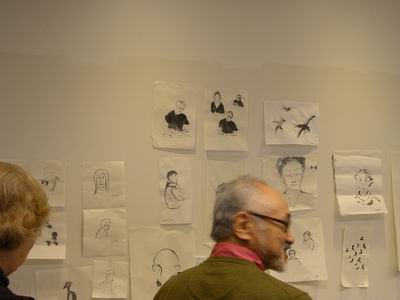 An interesting collage of art appeared for us to discuss. 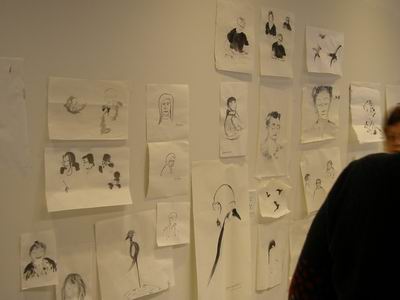 This painting was of a woman who herself was busy painting someone else. 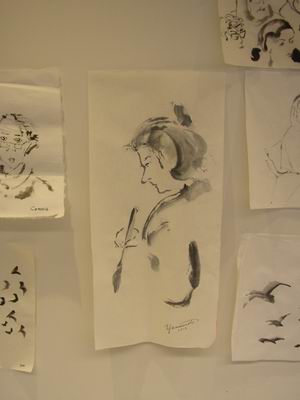 Circles, birds and people populated the wall. The paintings provoked discussion and amusement. 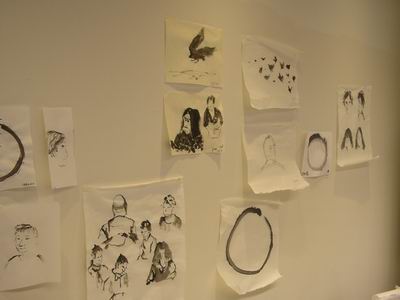 Hiroshi Yamamoto led us in a walkthrough of the wall display. 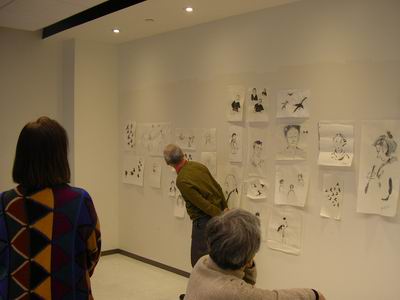 We discovered some interesting characters in our own class. 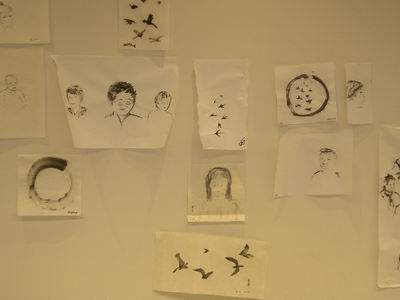 Our paintings showed people who were very involved in their art work. 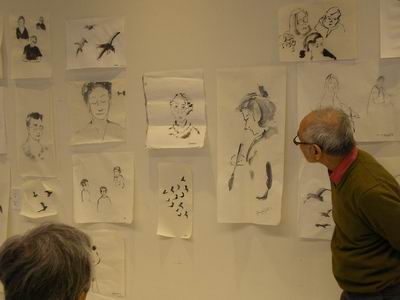 Some poses were facing us and other figures we saw from the back. 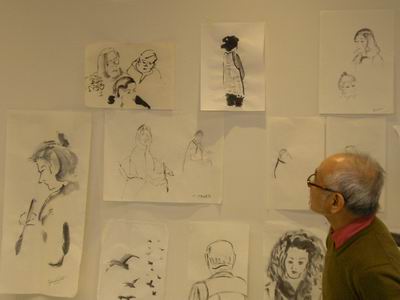 We were given glimpses of people, which was the object of the exercise. 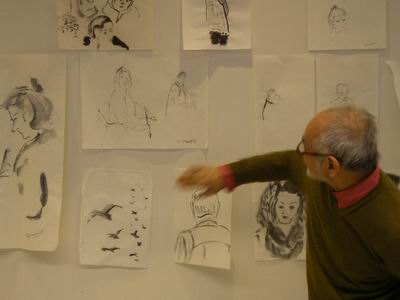 Workshop participants added comments about their own creations. 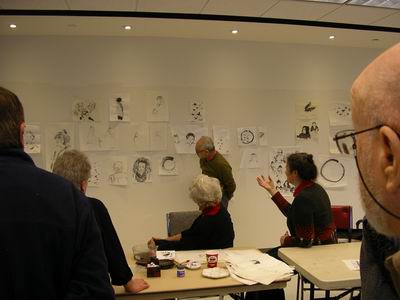 Artists used different techniques. A face of a young woman was done using thick brush strokes to fill in the hair and clothes. 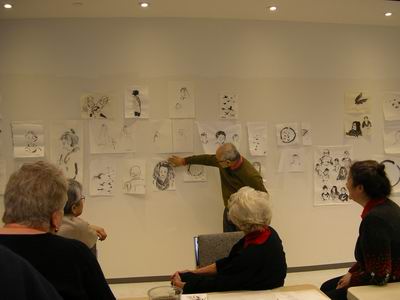 Other artists traced the outline of a figure, without much detail. 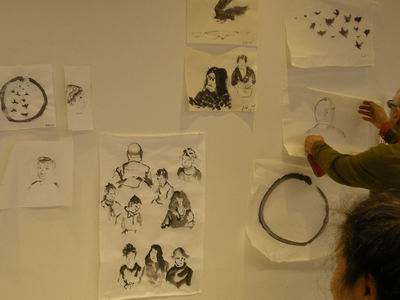 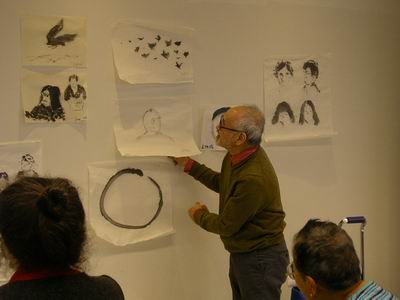 Everyone learned from everyone else using the wall analysis. 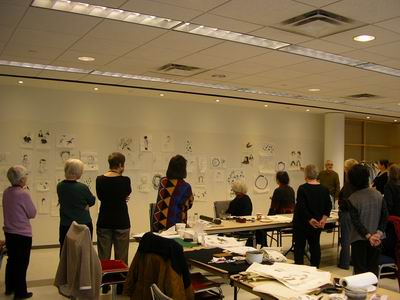 Our zen painting experience was also a lot of fun. 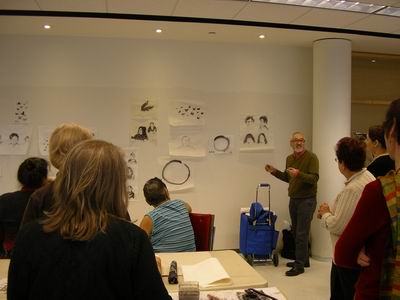