Fish have flowing lines, fins, scales and an almost unworldly character. That's what makes fish fascinating to study and interesting to paint! Diana Bullock began her workshop by suggesting that one way to tap into our creativity is to experiment. The Doodle Revolution and Drawing on the Right Side of the Brain are books that can show you how. 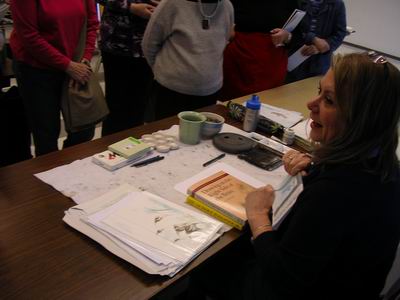 The structure of a fish is simple though Diana Bullock cautioned that you can make errors if you fail to pay attention to details. The scales, for example, need to overlap correctly. 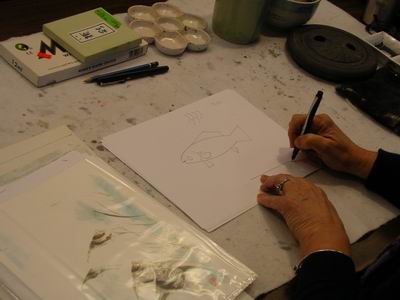 Diana Bullock provided the workshop participants with some outlines to help everyone get started. 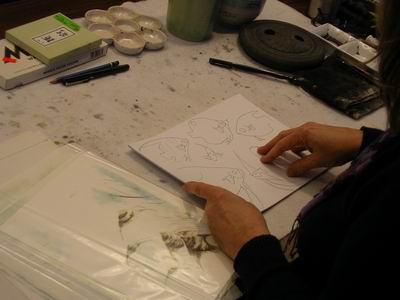 The body of the fish can be done in one stroke using the side of the brush. 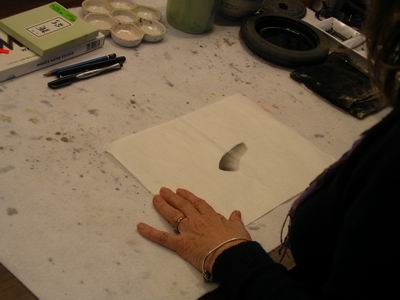 A second fish body was added. Composition is important when painting fish since fish are usually in a group. 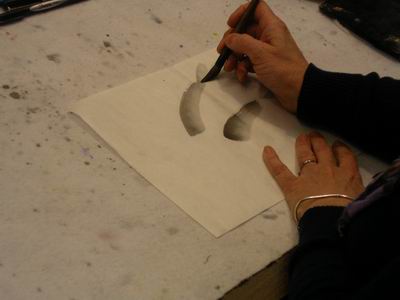 Then came fins and details. 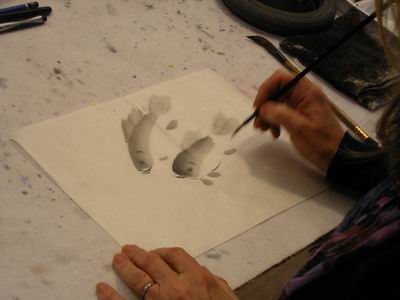 The fins have spines that are painted as quick lines. 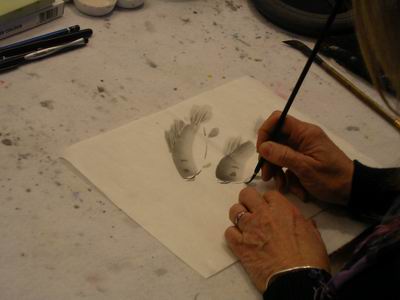 Using a fine brush is the key to adding the straight spines. 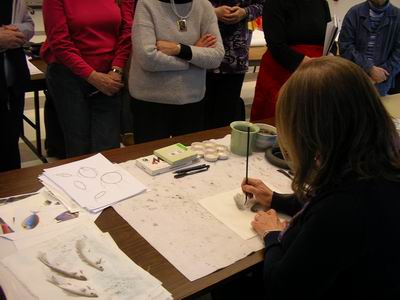 The two fish emerged in the painting. Each fish had a different perspective which Diana noted makes the painting more interesting. 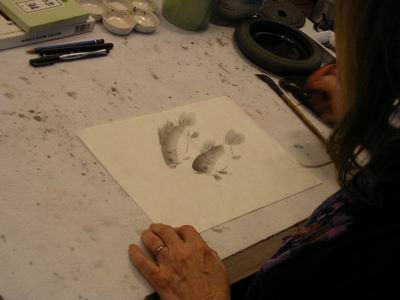 White paint can be used effectively to make the eye stand out. 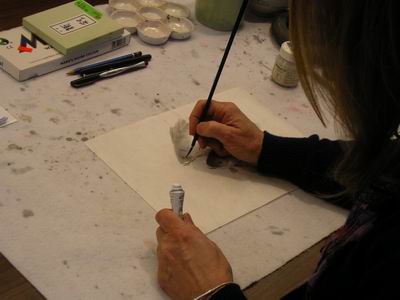 Another fish that faced the viewer was added to demonstrate the various angles to paint fish. 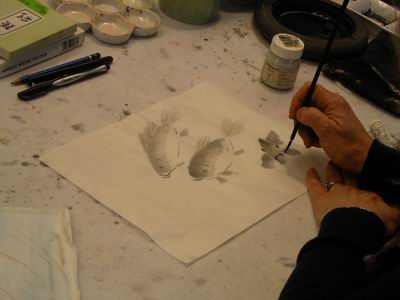 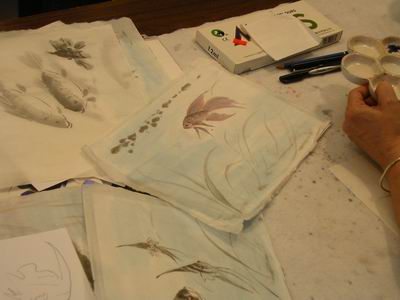 This fish has a similar structure to all fish, but its fins are much longer and flowing. Adding bubbles at the top of the painting and seaweed below can fill out the composition. 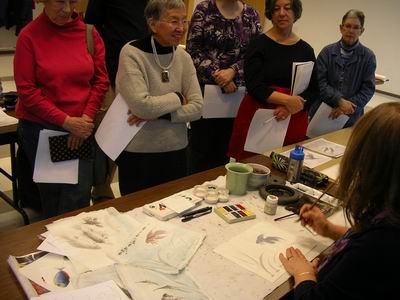 Then it was our turn to paint fish with Diana Bullock's help. 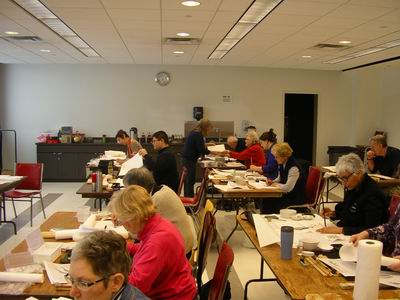 Angel fish have stripes but they are not random. One stripe usually can be found above and below the eye. 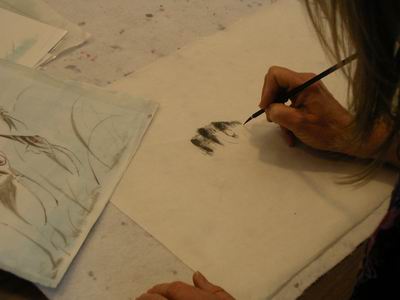 As before, fins were added. Angel fish have dramatic, extended fins. 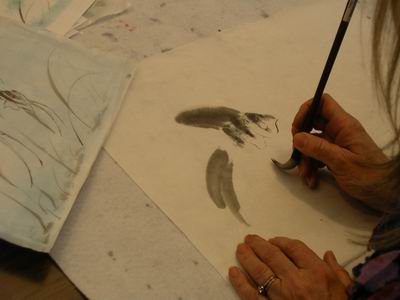 Diana continued filling out the body and fins with a larger, wet brush. 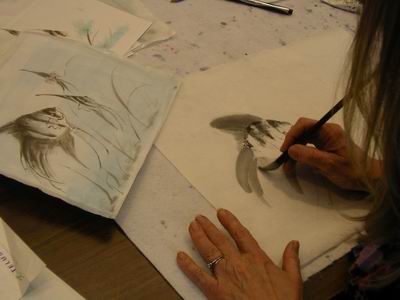 Don't forget details like the tentacles of angel fish. 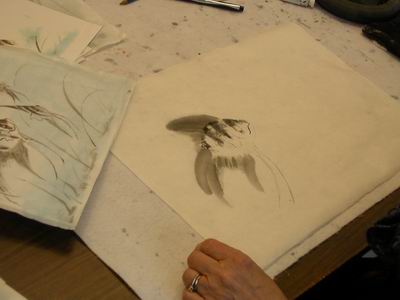 Angel fish have spines in their fins like other fish. 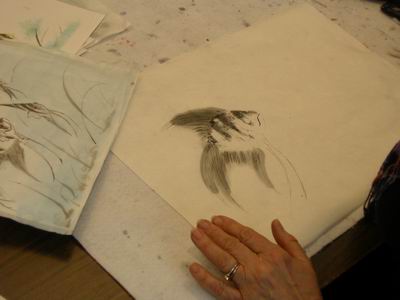 Returning to the angel fish, Diana Bullock added more definition to it. 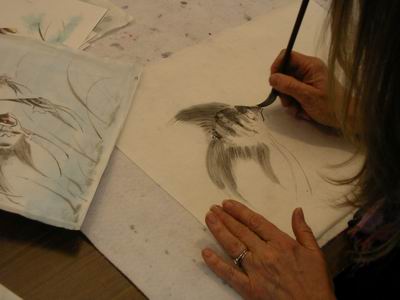 A fine brush created the eye. 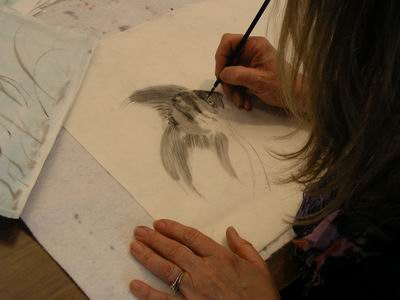 The gill was also painted with the fine brush. 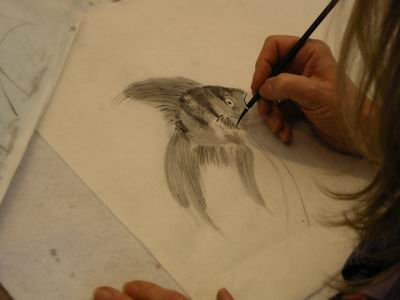 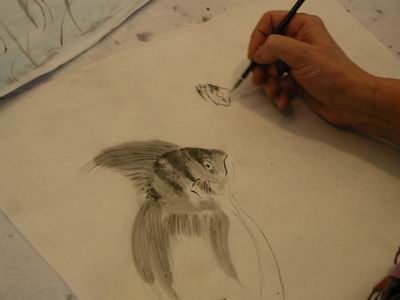 And then a third angel fish created a line of fish that attracted the viewer's eye. 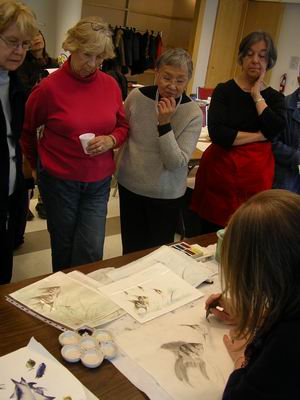 Diana added a touch of colour to brighten the painting and make the fish more life like. 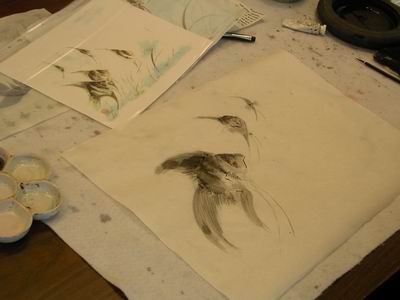