The horse is a symbol of power, nobility and freedom. Man and horse have a long relationship over hundreds of years, making the horse a part of our culture. Tien Chang began his Horses workshop with a look at the horse in scrolls dating back hundreds of years. 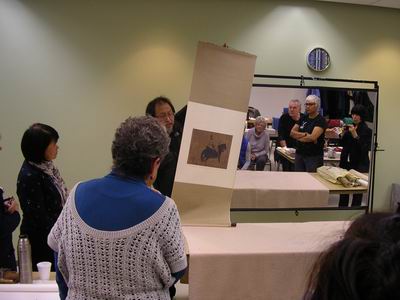 This scroll with a thousand horses was very long. 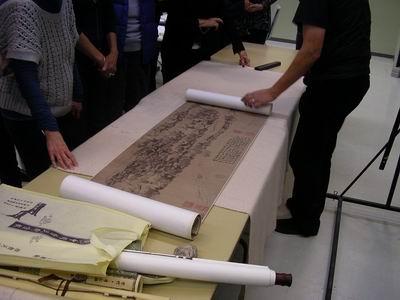 The details of each horse fascinated the workshop participants. 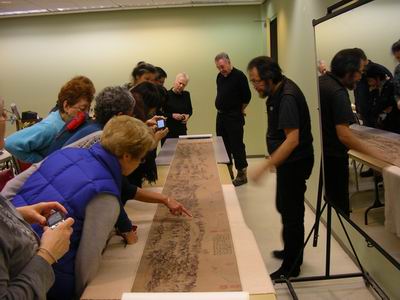 Scrolls with horses often showed scenes from the court; that is, the emperor's court or lords related to the emperor. These people were royalty and only the wealthy and powerful people who could afford horses. 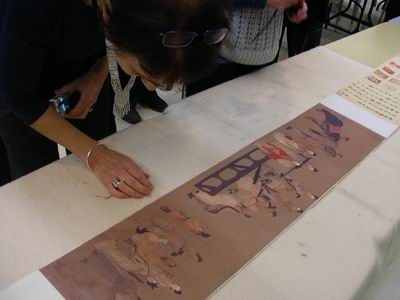 This horse had a distinct cut of its mane to show three crests, which indicated that it was a royal horse. 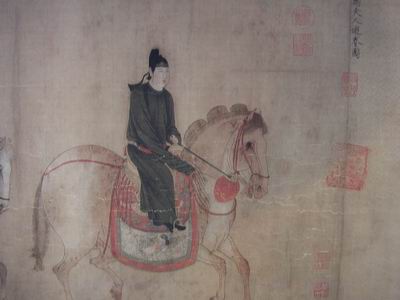 Collectors of these ancient scrolls added their comments in calligraphy. 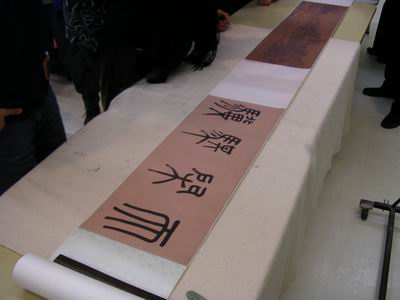 Tien Chang showed us one of his own scrolls of the horse. 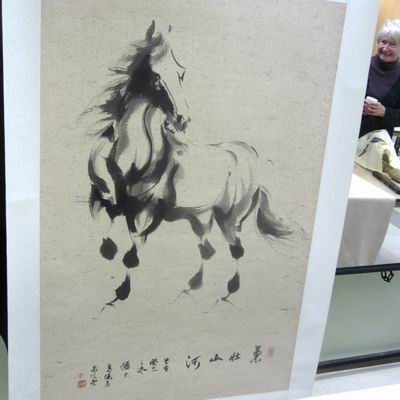 Beginning with the head, Tien Chang created what would become the cheek and the start of the mane. 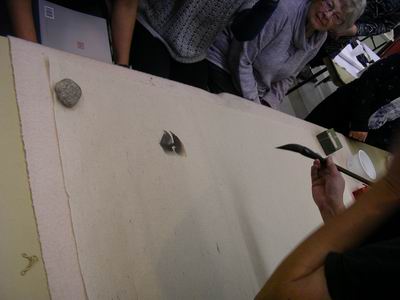 He then developed the horse's head. Tien Chang used a large brush throughout the workshop on the horse. 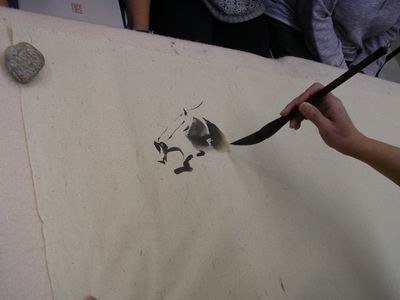 The chest and the front legs followed. 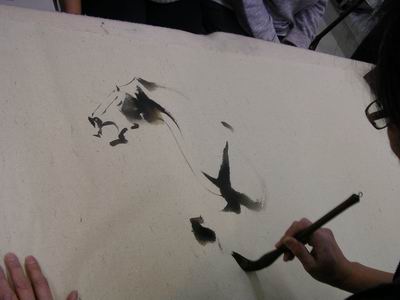 The hooves were added to complete an outline of the front of the horse. 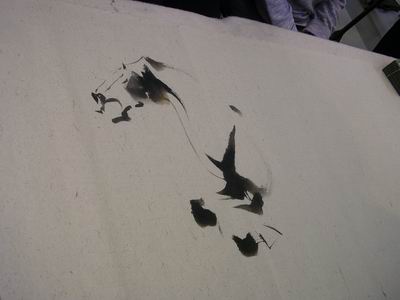 In one stroke, Tien Chang created the belly of the horse. 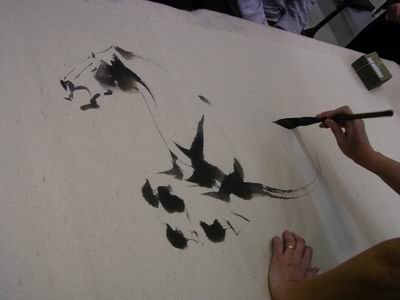 The mane, the back and the hind legs created the essence of a jumping horse. 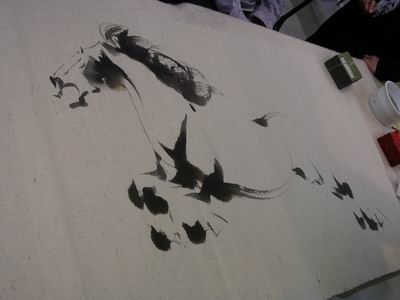 The tail was added next. Like the mane, a dry brush technique gives the effect of the wind-blown hair. 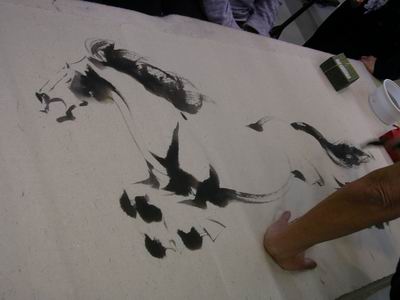 Tien Chang began filling in details and shading in a second pass of the horse. 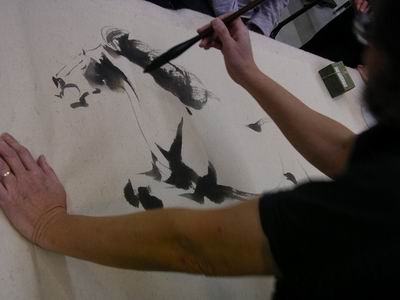 The horse head and the chest were accented with shading that extended from the original brush strokes. 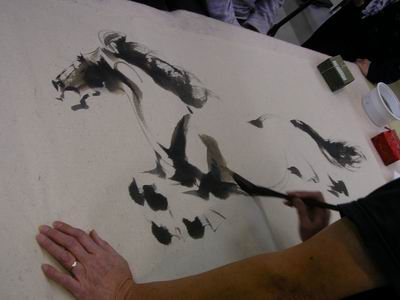 The belly and hind legs were emphasized in brush strokes with lighter ink. 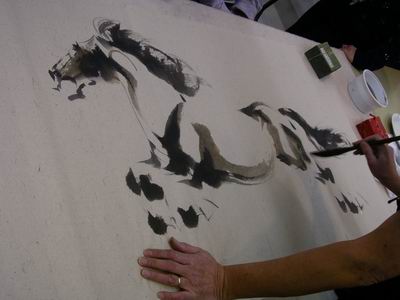 The completed horse was a vivid, life-like animal. 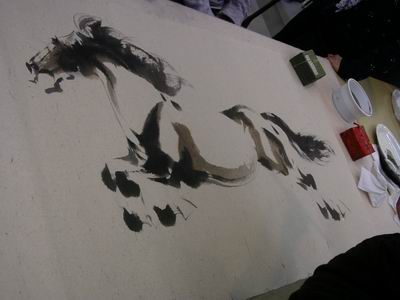 Tien Chang added some dots to the horse by shaking the brush. 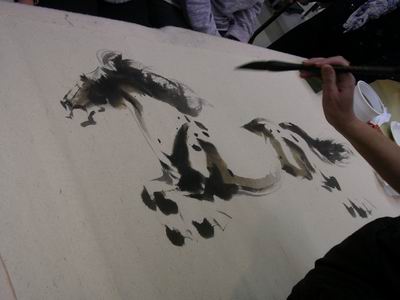 The finished horse led the eye to fill in the white spaces. 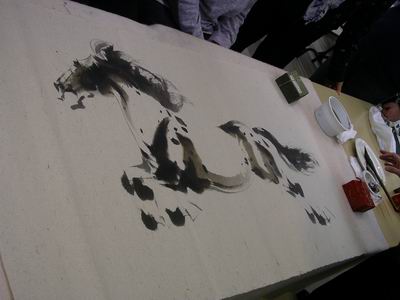 Tien Chang held up the work for the workshop participants to see. 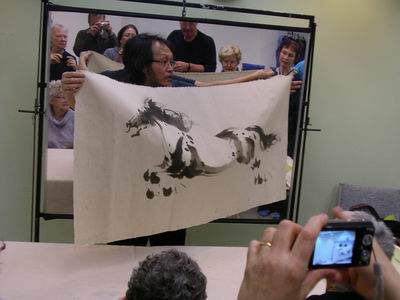 The brush strokes in calligraphy are often used in sumi-e painting too, Tien Chang reminded us. 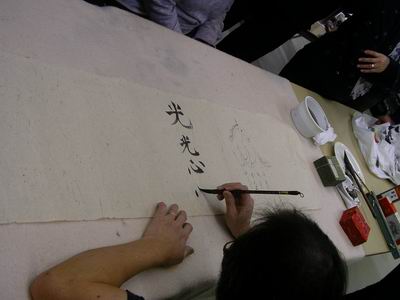 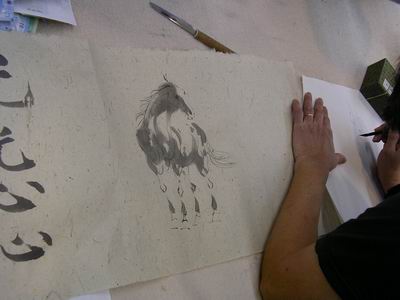 Then it was our turn to paint this well-known but artistically challenging animal. 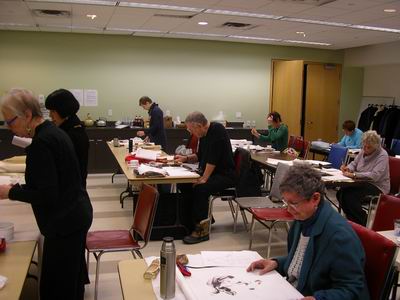 Tien Chang signed autographs for his Horse in Ink and Wash book. 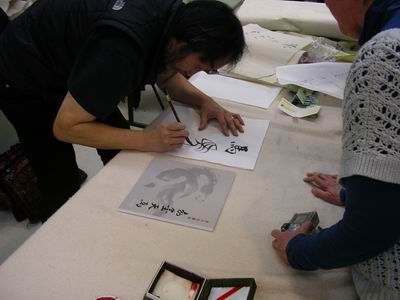 We had many images in our heads of the horse as we left the workshop.