Faces make compelling paintings. Each face tells a story and says something about the person behind that face. Elisabeth Rittinger's Finding Faces workshop was an exploration of painting faces and the moods that they express. The workshop began with doodling. 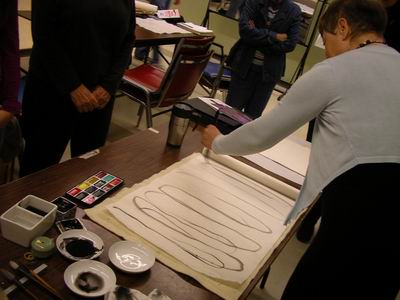 However, there was some advice suggested by Elisabeth Rittinger: keep your brush on the paper so that it was continuous doodling. 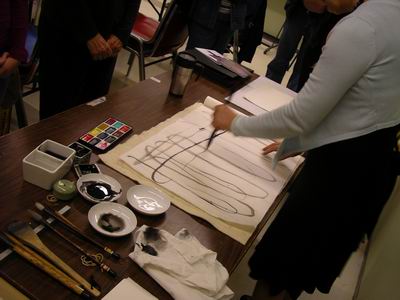 The idea was to simply do anything without thinking about any specific objective. 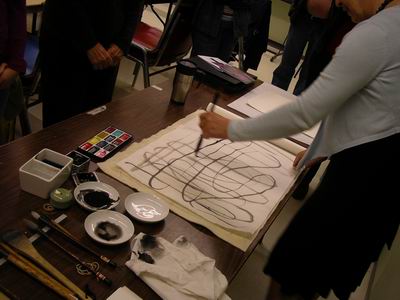 Workshop participants could use any technique such as using two brushes in two hands. 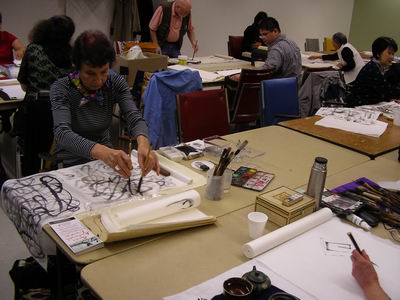 Doodling can be challenging at times because we sometimes want to paint just the right doodle. 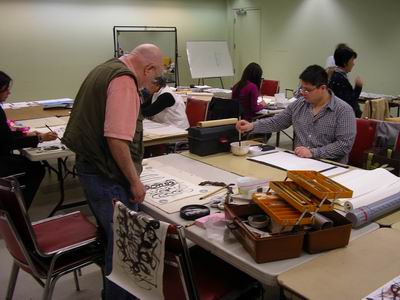 Elisabeth Rittinger then showed us how to find the faces in the maze of lines and curves. It is a matter of looking for a pattern. 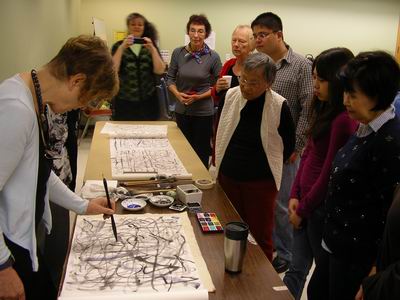 Happy and sad faces have a well-known pattern. 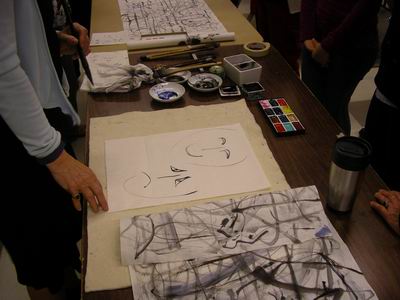 The workshop participants started to search for the faces in their artwork. 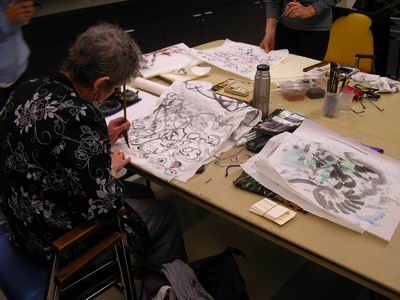 Some faces would jump out immediately. Other faces took some time to find. 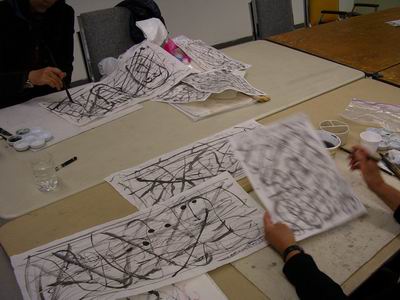 Colour could also be used to create the initial abstractions and also in the faces we discovered. 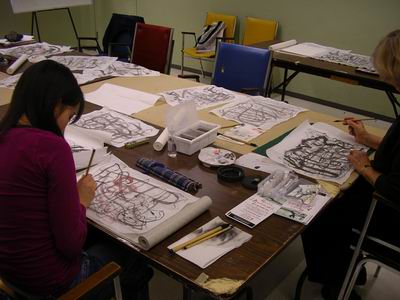 Our interesting artwork was posted on the wall to study. 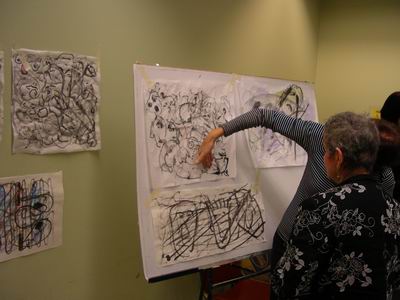 The works often expressed a mood and an energy. 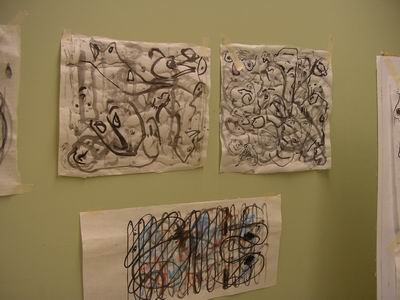 The paintings with their mix of lines, curves and faces could also be strangely introspective. 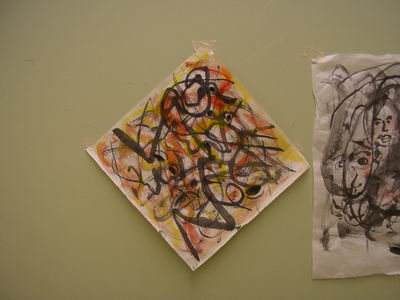 Elisabeth Rittinger commented on the effect of the paintings. They could create a reaction in the person viewing them. 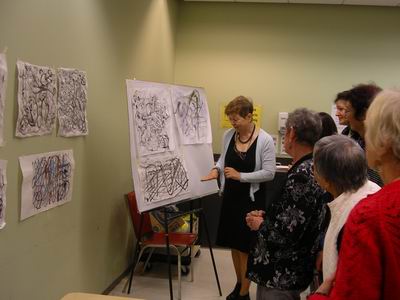 The range of emotions from anger to peaceful were seen by looking at the set of works. 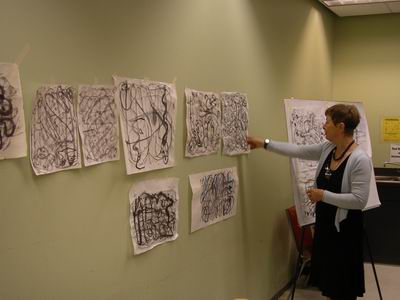 Then we turned to painting actual faces, usually the person across from us. 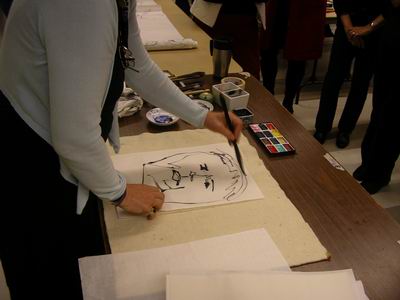 The suggestion remained that we keep the brush on the page. The face was a continuation of the doodles we created earlier. 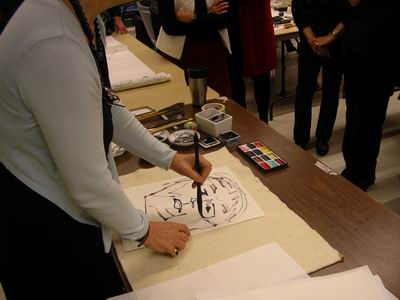 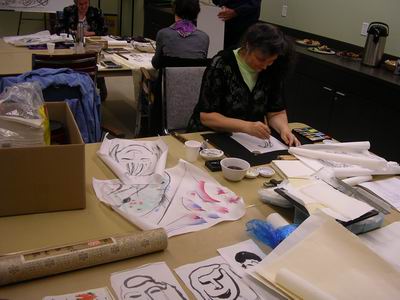 Elisabeth Rittinger suggested that we think of the mood of the person we were painting. 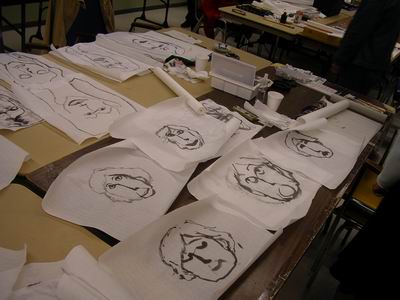 The result was often a multi-dimensioned face that reflected several moods. 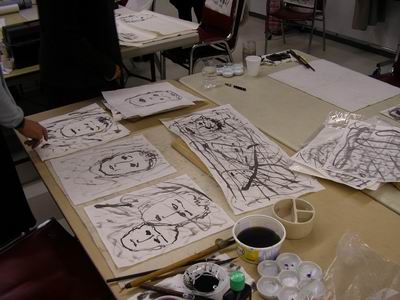 One face turned into another. 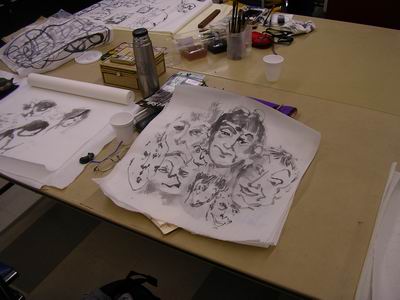 The faces were expressive and pensive. 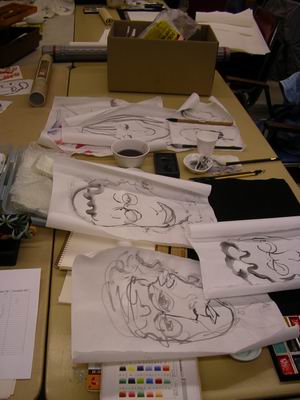 We put our collection of faces on the wall. 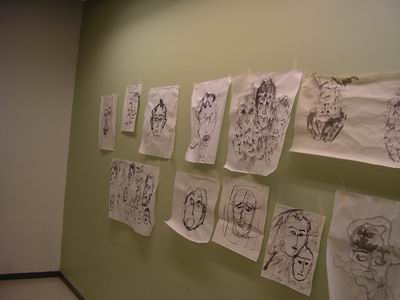 Our instructor, Elisabeth Rittinger, found many emotions in the paintings. 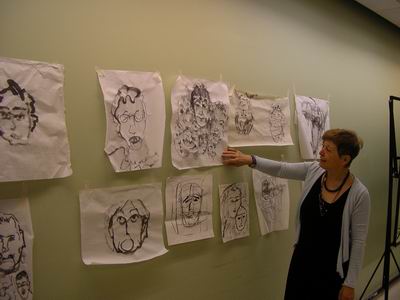 Though many of us wondered if we could paint faces at all initially, we discovered that the faces began to appear as we used the techniques taught to us by Elisabeth. 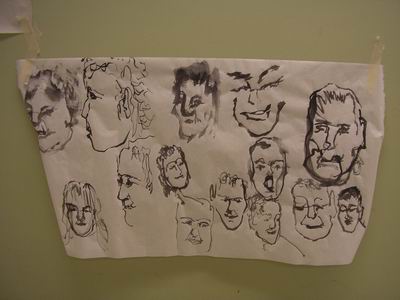