It's a long journey from starting your first class in sumi-e painting to the day you receive your seal. Marie Ikeda reminded this year's graduates of that journey and welcomed them to their continuing journey in the Sumi-e Artists of Canada, since learning never ends. Eiko Terashita, one of this year's graduates, created a painting containing some classic sumi-e elements such as pine trees and pagodas in a setting by a lake. 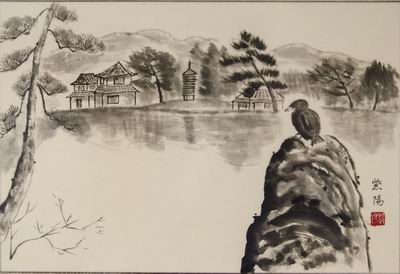 Eiko, in her dignified way, explained how her painting classes under instructor Hiroshi Yamamoto had led to this calm pastoral scene. 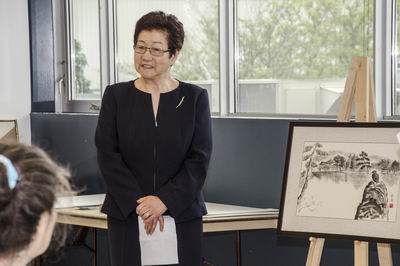 This mountain by Haruko Fujimoto had a quiet strength that was engaging even though the subject was austere and remote. 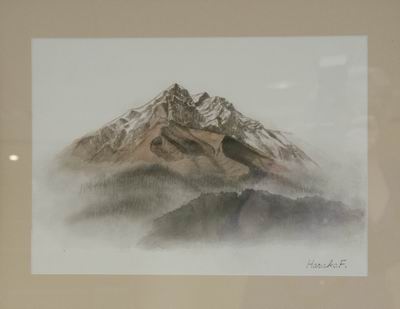 Haruko told the people attending the graduation ceremony of the special meaning of this mountain to her. 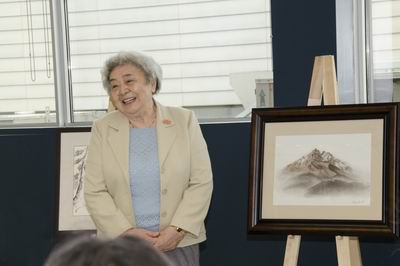 Blossums in the spring reminds us of the beauty and the fragility of life. Kristine Kim captured such a dynamic moment. 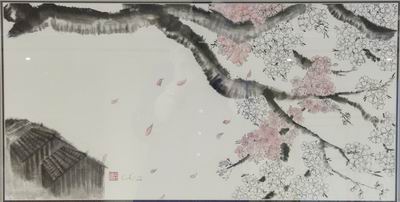 Like other artists, Kristine told the audience of the meaning of sumi-e painting and this particular painting to her. 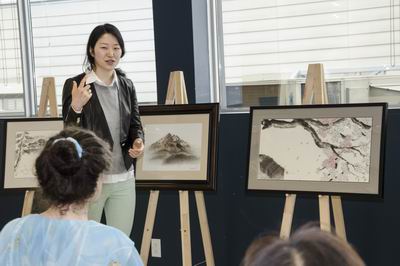 This rustic scene by Neli Iordanova had an almost dreamlike charm. Bright flowers in the foreground drew the eye into this landscape. 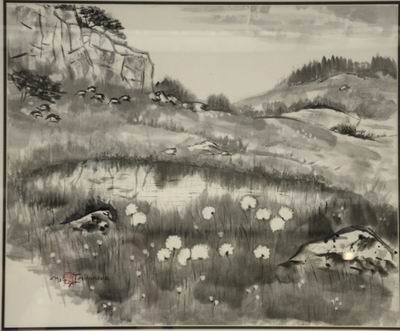 Neli added a few words to express how she was inspired to paint this unique scene. 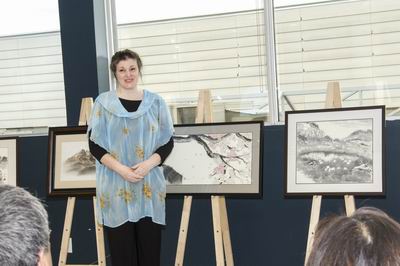 This Canadian landscape by Jonathon Obara blended many techniques including the use of white space about the trees and mountains to heighten the drama of the painting. 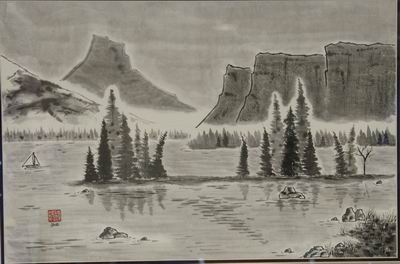 Jonathon (on the left) explained to Gary Bist, President of the Sumi-e Artists of Canada, how this particular area of Canada had a special effect on him. 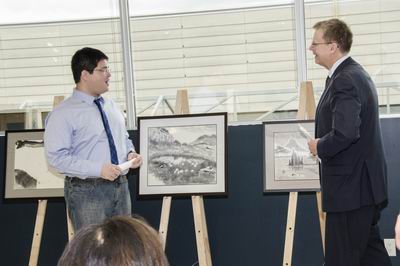 The seals of the graduates were added to other graduates who had joined the Sumi-e Artists of Canada. 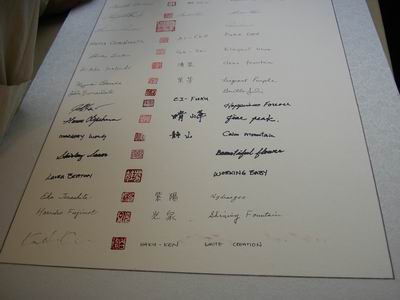 Hiroshi Yamamoto showed how to add the red seal ink to the seal, which was then imprinted on the paper. 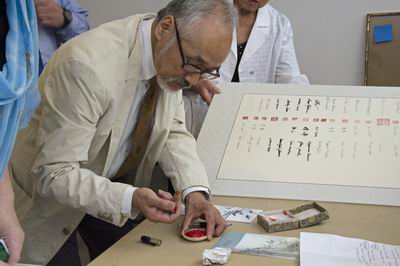 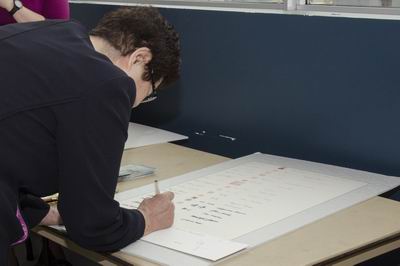 Then Haruko Fujimoto added her seal. The graduates also added their own names and the meaning of the words on the seal, which is often a poetic phrase that represents that artist. For example, Calm Mountain. 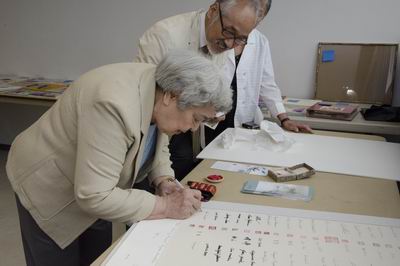 Kristine Kim was next to add her seal and signature. 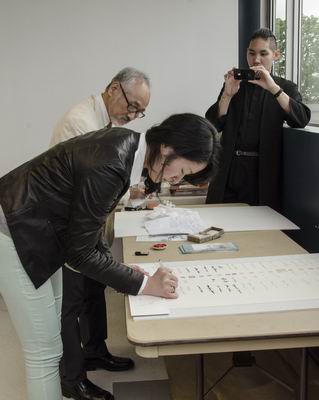 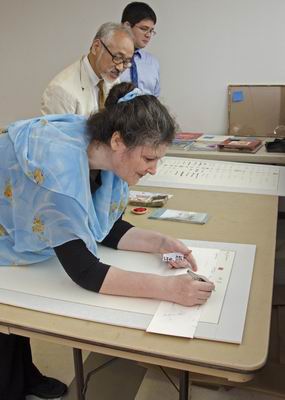 Jonathon Obara made his signature the last for this year. 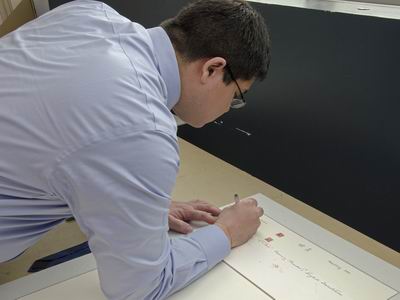 While the paintings were being shown and graduates were adding their names to the seal scroll, other members were looking at a silent auction of art supplies and books. 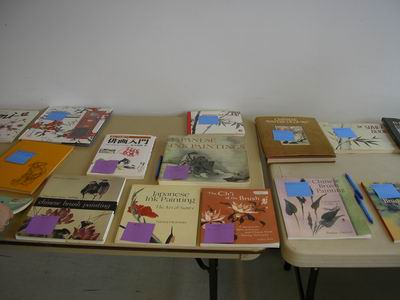 Then everyone was invited to look at the paintings and have some refreshments courtesy of Linda Nakatsu. 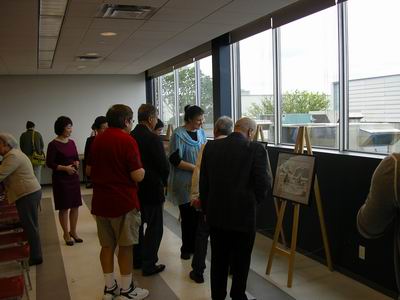 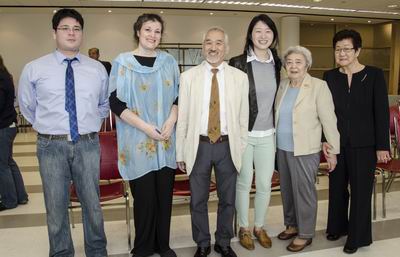 Then it was time for all members to return home and start painting!