Artists never tire of painting flowers and roses are one of the most popular flowers in paintings. Moira Mudie, who has painted many types of flowers, and who has studied the rose, in particular, led us in a workshop on roses. Moira began her workshop by focusing on the leaves of the rose, which she outlined for us. 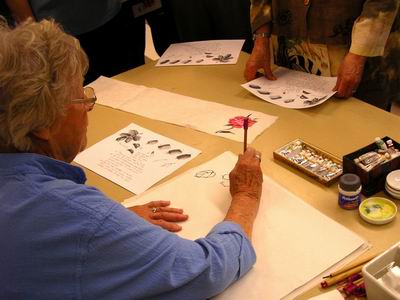 Understanding the outline of the leaf means that you can paint the leaves in one stroke. The leaves are almost square and painted with a brush that contains a gradually darker ink from gray to black. A point ends the leaf. 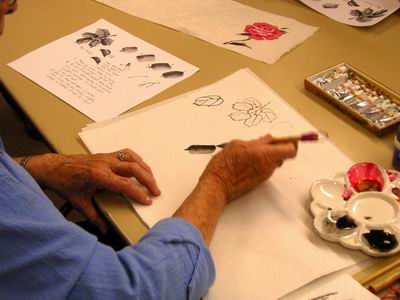 Moira painted a cluster of five. 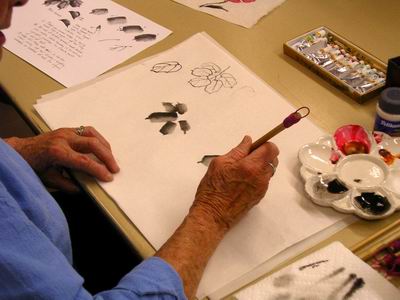 The veins in the leaves were added as was a demonstration of the twigs that hold the leaves. The branches are added afterward and suggest a structure more than present a detailed set of branches. 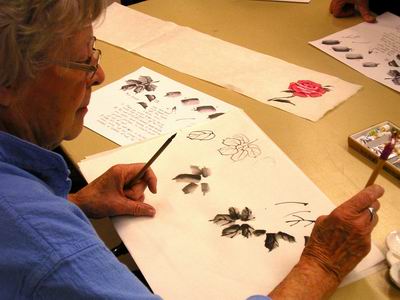 Moira painted some leaves that had turned on their side or been twisted. 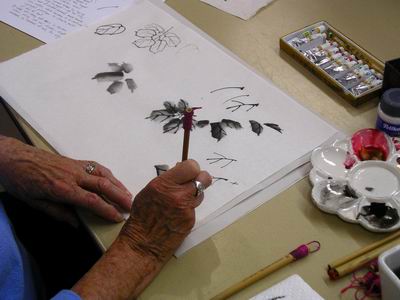 She then added colour to the leaves. 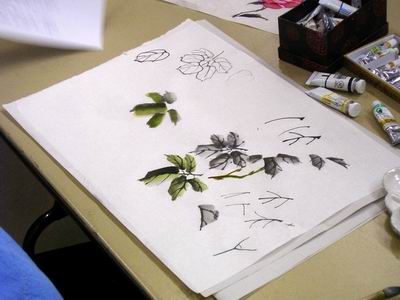 In case the workshop participants might forget, Moira had a handout of the techniques she had been demonstrating. 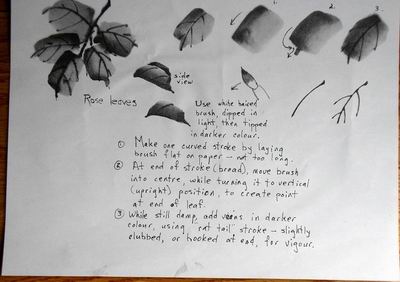 Then it was time for us to try our hand at leaves with some coaching from Moira. 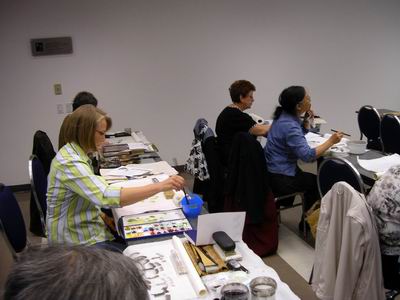 The next part of the workshop was about the rose and Moira started by showing some examples of the rose. 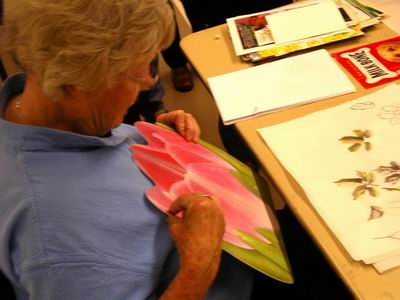 Moira had created some handouts that showed the structure of the rose petals and a series of steps to create those petals. 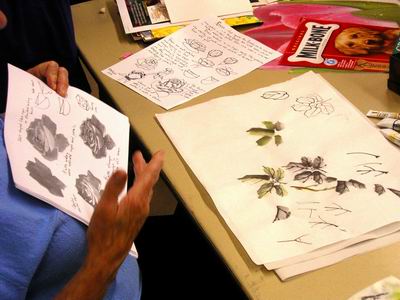 A framework for the rose was first painted. Note that it is angular with irregular points.

Then with a pale pink colour some semi-circular structures like nested bowls were added, which become the petals. 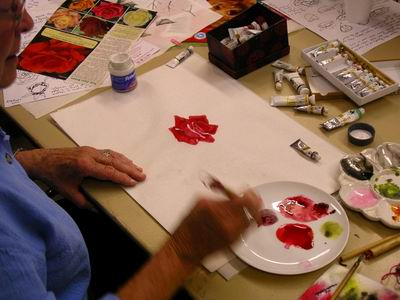 This handout explained the process of creating the rose for the workshop participants. 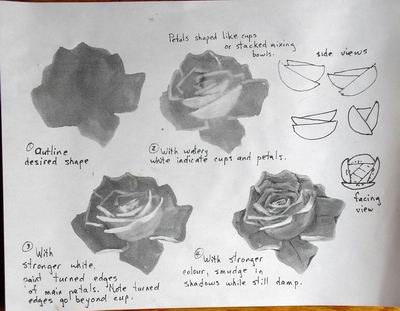 This handout explained the structure of the rose and the places for light and dark shading. 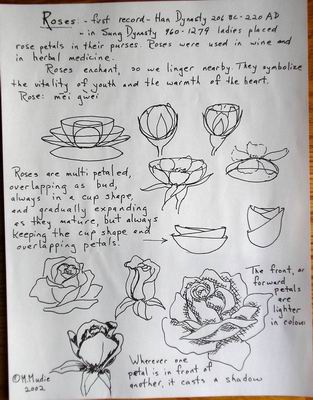 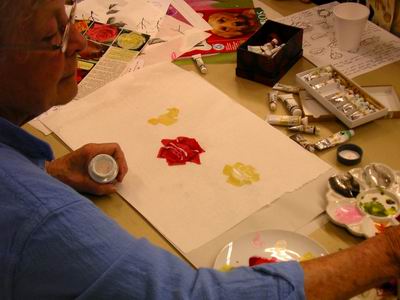 Leaves added to the yellow rose create a dramatic contrast. 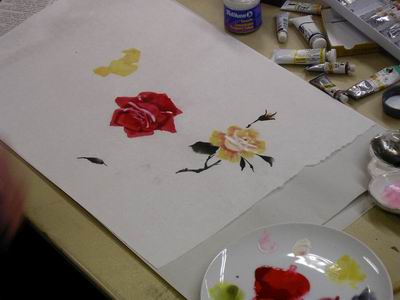 It also helps to have lots of photos when painting the rose or any flower. 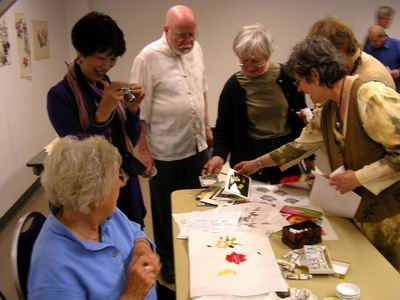 Then it was time for us to try adding roses to the leaves we had created earlier. Green tea and cakes courtesy of Linda Nakatsu and Dianne Kitazaki helped inspire us. 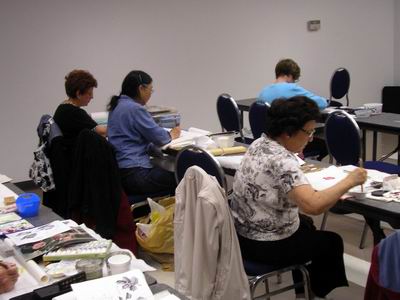 Moira returned to demonstrate briefly how to achieve the same painting using the outline technique. 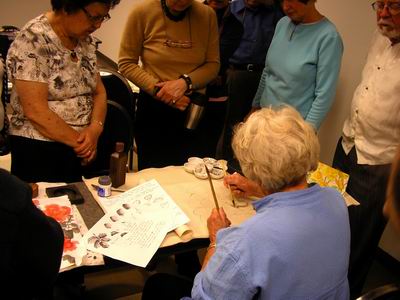 With the outline technique, you sketch the structure of the rose and then fill the outline in with shading. 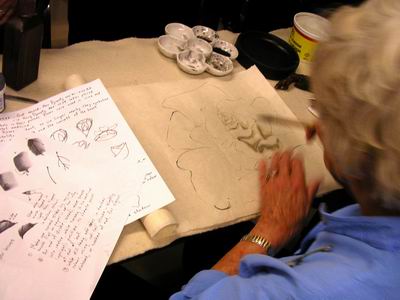