Jackson Li led a workshop on making brushes at the time of the Sumi-e for Today exhibition, a collaboration between the Sumi-e Artists of Canada and our American colleagues from the Sumi-e Society of America.

Jackson Li began by talking about the history of the brush, something we do not think about but which was a significant step in both writing and art. Jackson has studied the brush for many years and told workshop participants about the type of animals and hair that was used long ago. 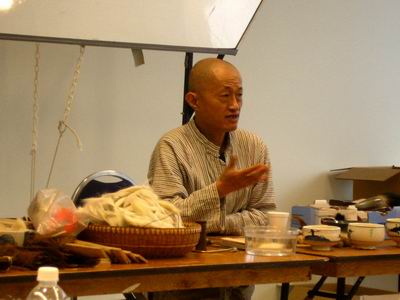 Jackson Li then set about creating a brush the way it would have been created hundreds of years ago and which is still practiced today by himself and others. First you select the hair you will use for the outer edge of the brush. 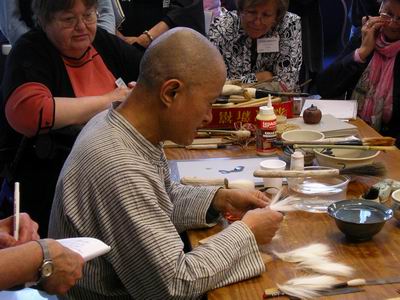 A process of combing the hair and selecting hair of equal lengths is next. 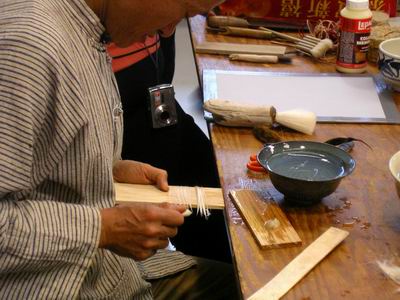 Frequently the hair of the brush is soaked in water to help with the combing and sorting. 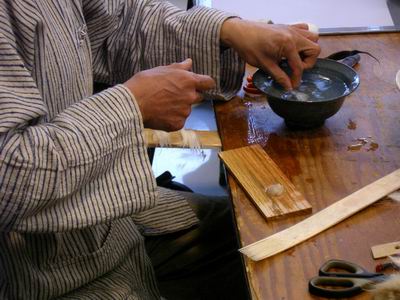 Workshop participants found themselves captivated by Jackson's steady, slow work. He explained each step and answered questions as he progressed. 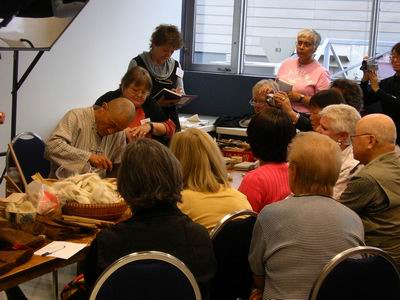 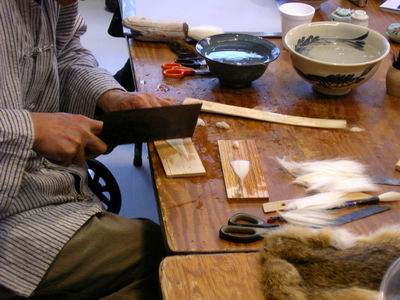 At the center of the brush is a longer and stronger type of hair. For example, a cat's whiskers could be used. 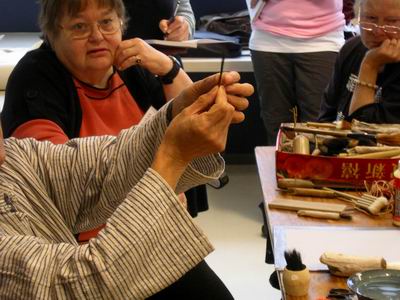 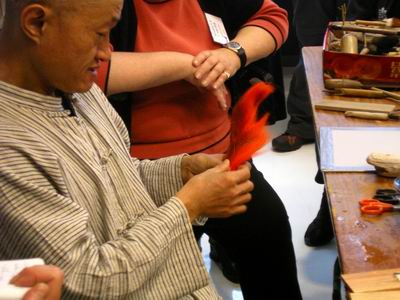 He added both types of hair for the brush he was working on. 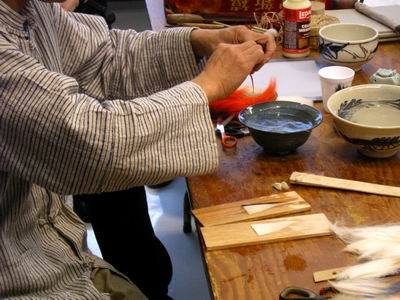 The brush hair is rolled with the outer hair about the inner, stiffer hair. 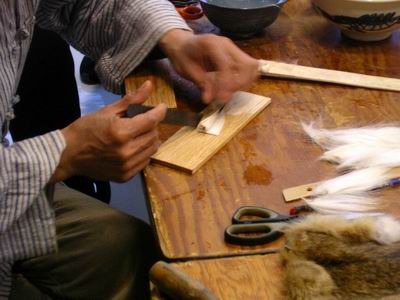 At this point the hair part of the brush was complete. 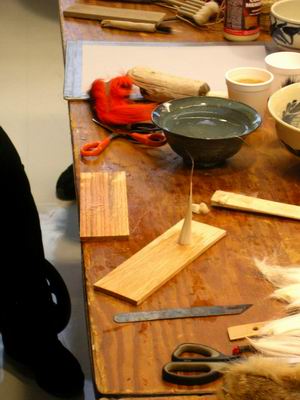 The hair was bound together by thread. 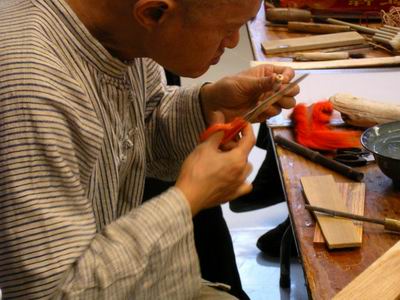 Using an epoxy glue, Jackson Li glued the hair to the brush handle.

He also added a leather thong to the top. It is used to hang brushes to dry. 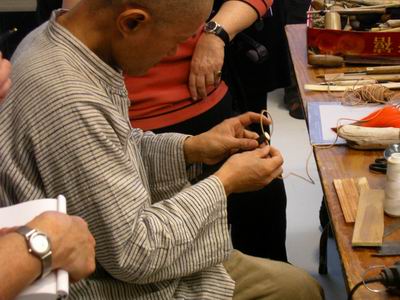 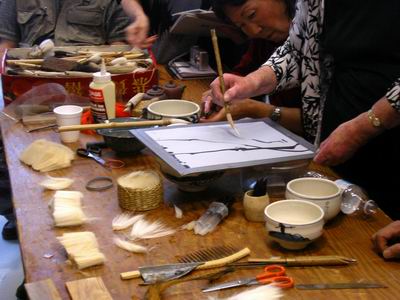 It was our turn. We were given a few shortcuts. Precut hair for the brush was handed out by Jackson and some assistants, for example. 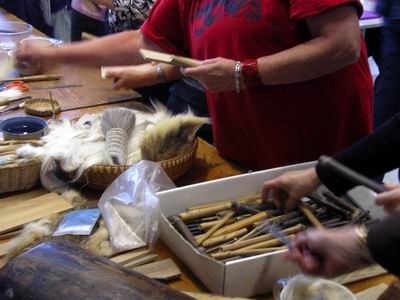 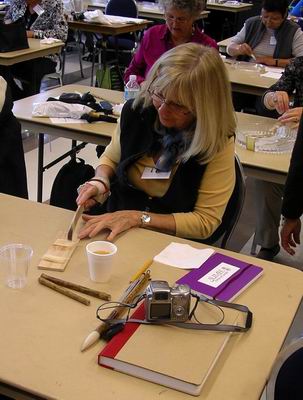 Jackson Li helped out with details like binding the hair. 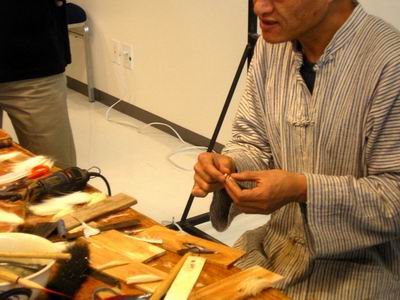 Jackson examined our completed brushes the next day. 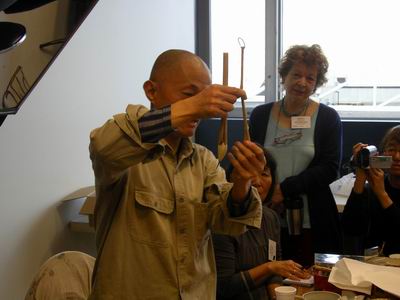 He also showed us special effect brushes, such as this one which was really four brushes in one handles. 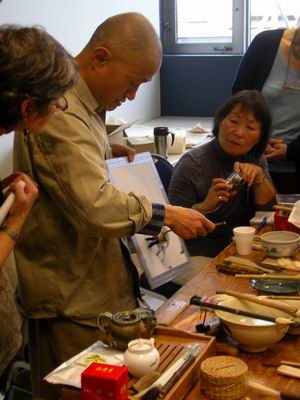 A DVD Jackson Li made called King of the Brushes was shown. In this DVD, a man who is famous in China for making very large brushes was shown creating his brushes. 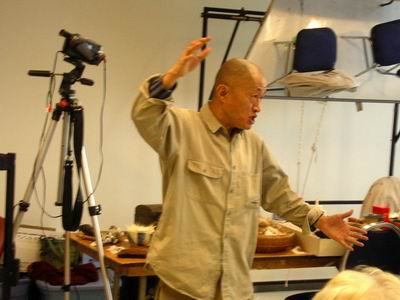 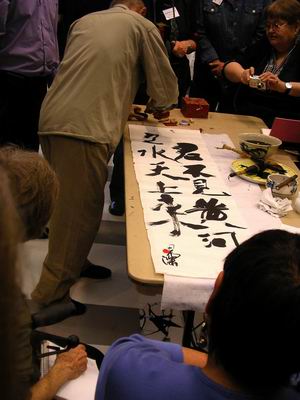 He painted bamboo and asked a fellow associate to add calligraphy. 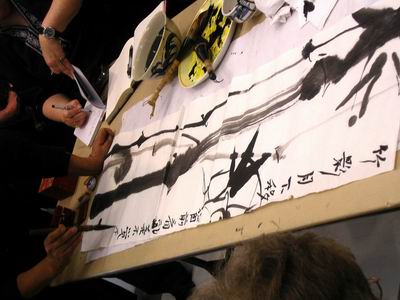 A seal was added to the completed work. 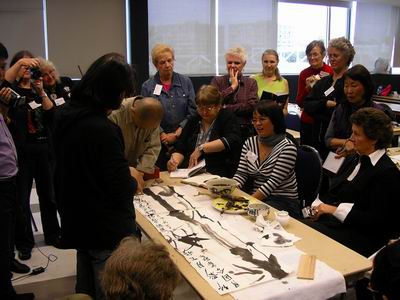 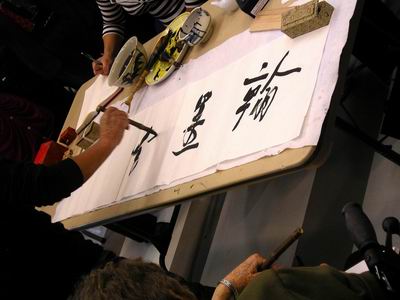 With the help of Joan Lok, it was translated for the workshop participants. 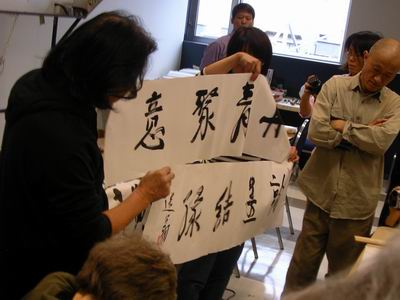 With our hand-made brushes, we headed home to start painting with them.