The Sumi-e for Today exhibition was presented as a collaboration between the Sumi-e Artists of Canada and our American colleagues from the Sumi-e Society of America. The paintings and calligraphy ranged from traditional subjects and styles to contemporary, dynamic abstracts. There was something for everyone, as is evident from the following the award winners.

Joan Lok's Undivided Attention was selected Best of Show by our painting judge, William Ho. This painting captured a moment in time that anyone who has a cat knows so well. 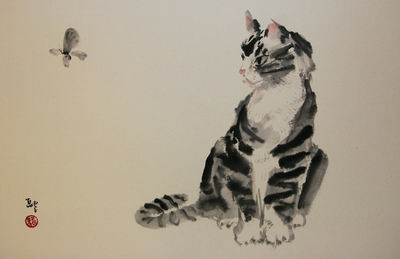 Good Fortune by Jeffrey Snape was the Best of Show for calligraphy. Our calligraphy judge, Noriko Maeda, was impressed by the strong, forceful brush strokes in the work.

The Founder Award given in honor of Motoi Oi, who founded the Sumi-e Society of America, went to Karen Baldauski for Salmon Pool. 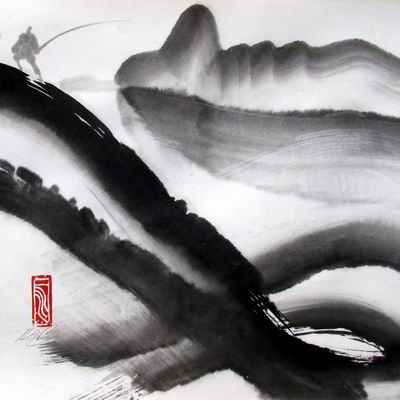 Keiko Romerstein's Great Wave seemed to surge from the paper itself. The painting received the Tesshin Sasaki Memorial Award. 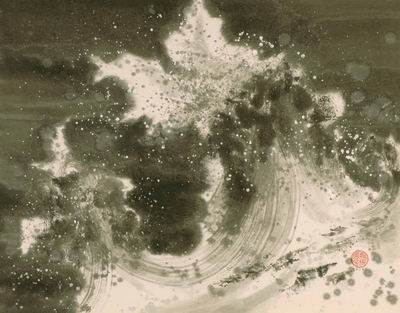 The energetic work As the Short Northern Day Merged into Night by Karen Kurka Jenson was given the National Capital Area Chapter Award. 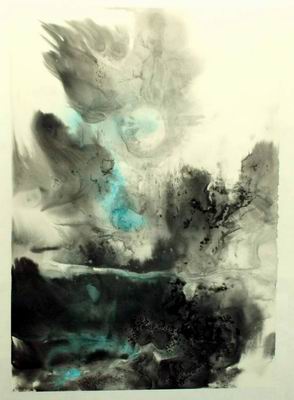 The Brushes at Rest Award was given to Ann Ahern for her serene painting Indigo Hills. 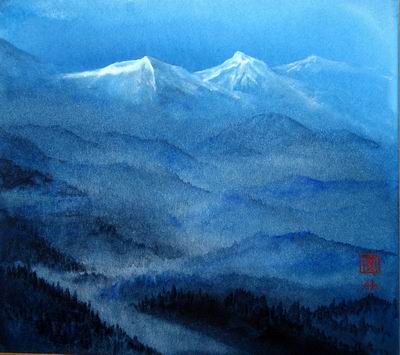 A Good Time by Charles Leung won the MidWest Chapter Award for his realistic portrayal of such a time. 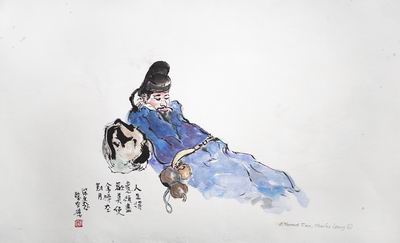 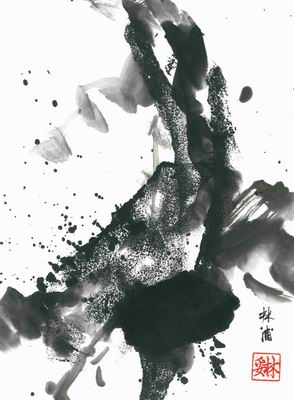 Another expressive work, Wild Ones by Elizabeth A. Stutzman, was given the Paul Schwartz Memorial Award. 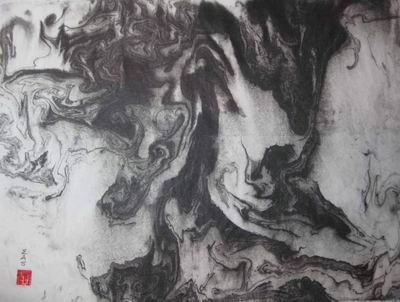 The simplicity of lines created a tender moment in Roslyn Levin's painting For Ever and For Always. The painting was awarded the Wayne Shaffer Memorial Award.

Purity by Bok Kim was given the Shibui Chapter Award for this captivating abstraction.

The stark trees and blue haze of Kiyoshi Kenzaki's Winter Morning effectively conveyed the time of this painting. It was given the Hisshin Chapter Award. 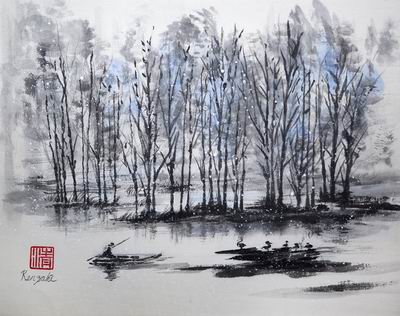 Baoxing Zhang received the Blue Heron Chapter Award for Five Ox. Each ox seemed to have its own character.

Timberline Meltoff was a classic interpretation of the rugged north. Sandi Grubbs was given the Irving Affias Memorial Award for it. 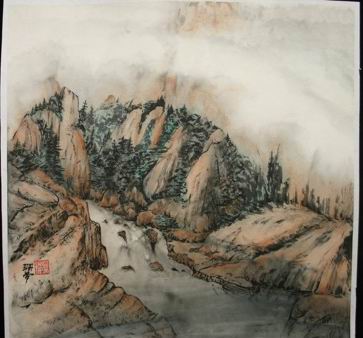 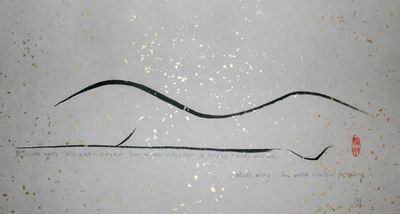 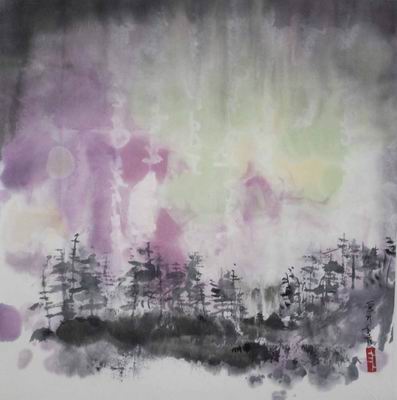 Sunrise at Peggy's Cove by Moira Mudie was given a Japanese Paper Place Merchandise Award for this strong study of the morning coastline. 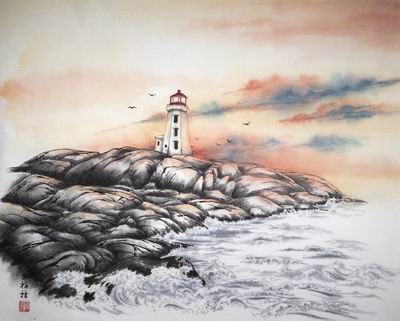 The expressive Hana by Marilyn Carter was given a Ming Chao Chapter Award. 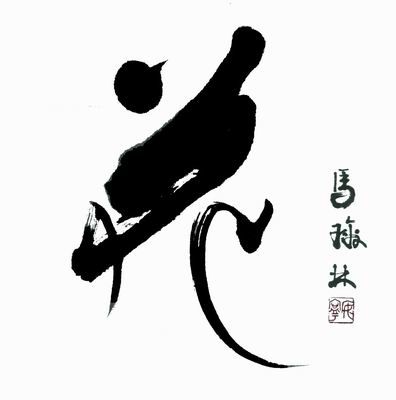 Free Like the Wind by Marie Ikeda was done in a style evoking freedom. This calligraphy received the American Frame Award. 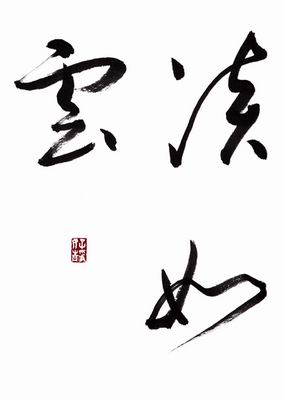 At the opening of the show, everyone was dressed in their elegant best. 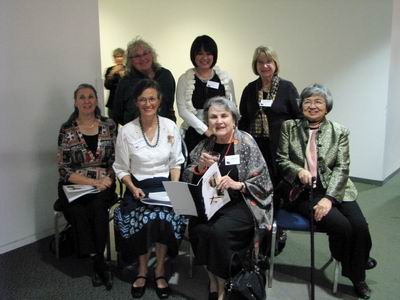 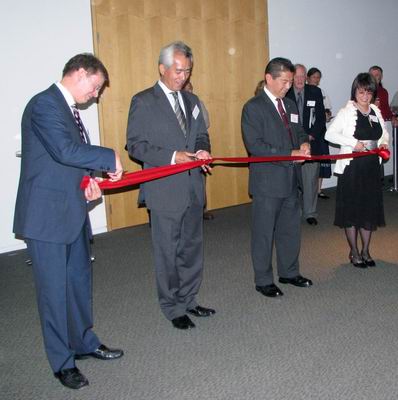 But the ribbon cutting ceremony was not so serious after all. 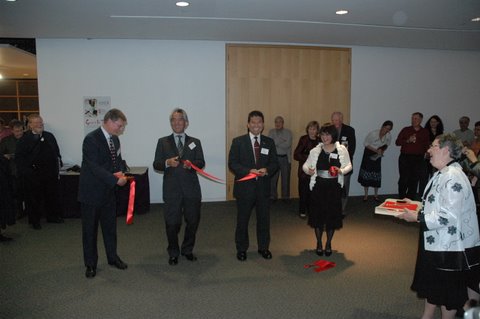 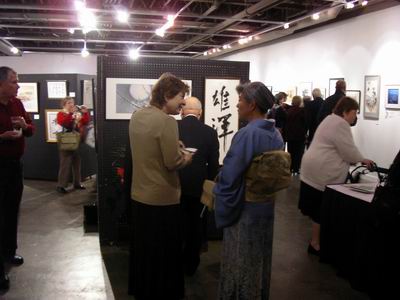 Patrons studied all the works on display intently. 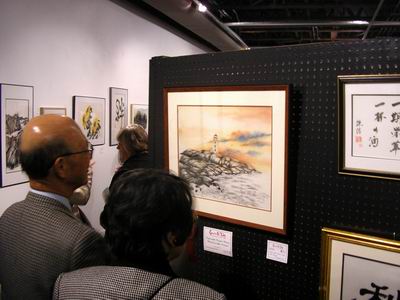 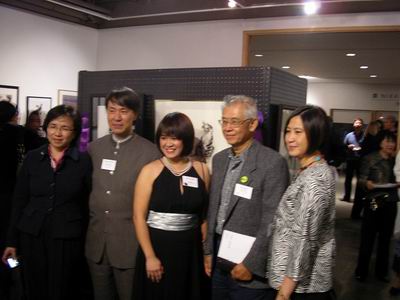 Henry Ho is an artist who works on large scale spontaneous works. He was invited to perform at the closing of the exhibition's workshops. 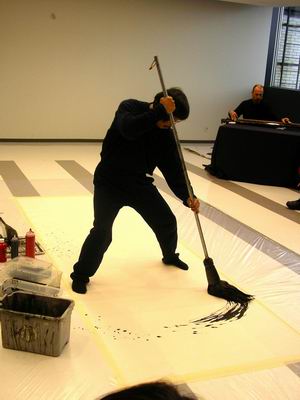 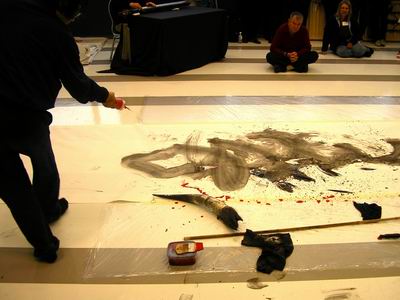 Yet creates dynamic, expressive and large works that impress the audience. 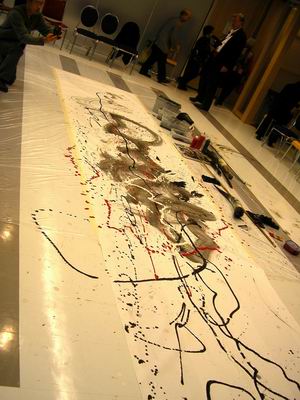 Inspired by this one-of-a-kind exhibition, it was time for us all to get back to our tables and paint.