After spending up to 5 years practicing brush strokes to create rocks, trees, insects, people and landscapes, sumi-e artists graduate by receiving a seal. This seal, used as a signature on their paintings, consists of a few words that symbolize the essence of that artist. It is presented by their instructor. In the Japanese Canadian Cultural Centre (JCCC), the instructor is Hiroshi Yamamoto.

Jean Morrow began our graduation ceremony by telling us what it is like to graduate after these hard years of effort. And also what it is like to continue developing skills in the monthly workshops of the Sumi-e Artists of Canada. 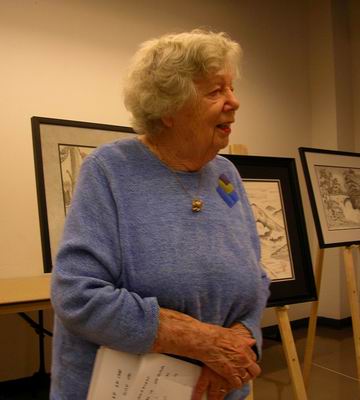 The graduates then signed the scroll signed by other graduates who joined the Sumi-e Artists of Canada after graduating. This ceremony dates back over 25 years. 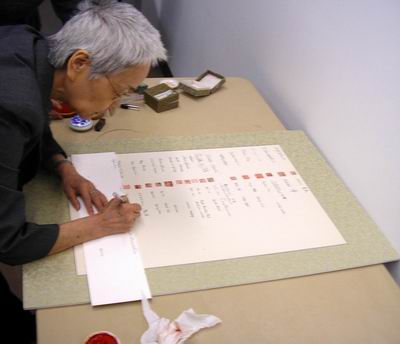 An imprint of their seal is placed beside their name. 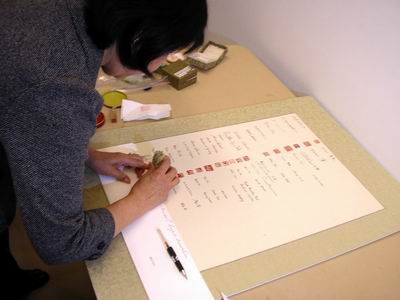 Hiroshi Yamamoto, the graduates' instructor, was present at the ceremony and took a number of photos at this historic moment in the sumi-e artists' lives. 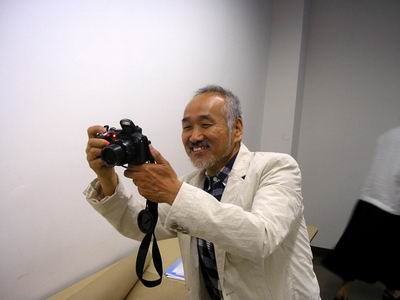 The graduates also had some words to add about their paintings, which were on display at the time of the ceremony. These paintings are called their test piece as they are the final painting submitted to the instructor for assessment. Donalda McGeachy described her painting based on a scene at Peggy's Cove, Nova Scotia. 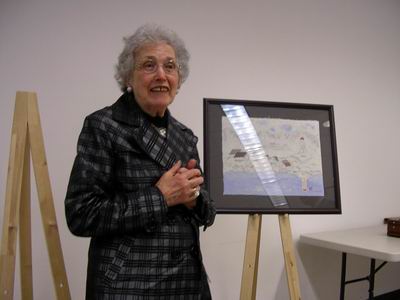 Azra Rachid told of the challenge to creating her work, her numerous starts to the painting and how Azra coped with the interruptions to completing it. 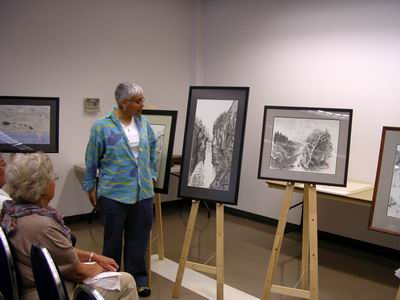 Mitsuko Kadonaga, like most graduates, faced some trials in completing her painting, which she described to the many visitors and friends of the graduates who came to see the ceremony. 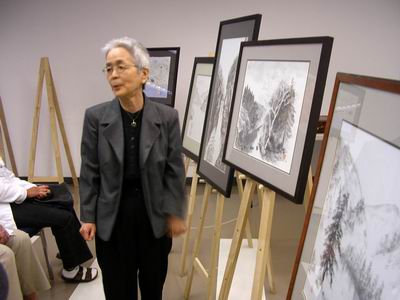 Barbara Laplante showed us how she assembled her painting with some images in her mind, including how she got that tree in the foreground to lean just the right way. 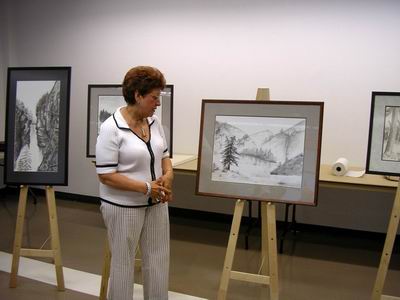 Joy Congson explained how even people steeped in the sciences like herself could have an artistic side too. 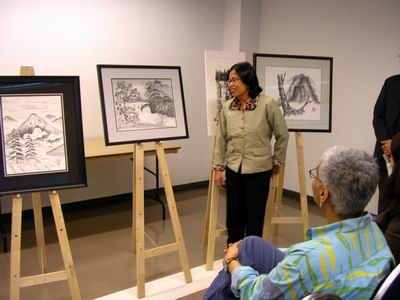 The ceremony was not all about the graduates. George Nakamura, our treasurer, led a business report from our executive members telling us how we were doing from a business perspective. Moira Mudie, who leads us in the Professional Development field, reminded us that volunteers are needed to help us through our international show planned in October. 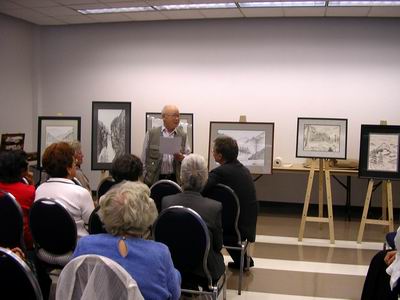 We had some refreshments prepared by two of our hardest working volunteers, Linda Nakatsu and Dianne Kitazaki, and left to start our summer painting.