Charles Leung led a fascinating workshop on figures known in Chinese mythology as demons. Each of these well-known demons has a story to tell, which is often based on true history. Unlike the demons in Western culture, Chinese demons are not necessarily bad people. 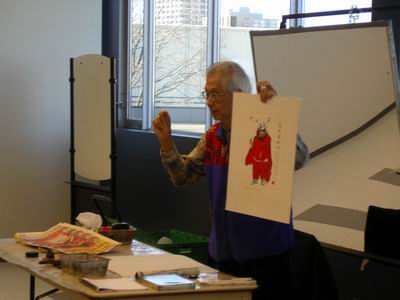 Charles brought many of his own demons to look at and discuss with the workshop participants. 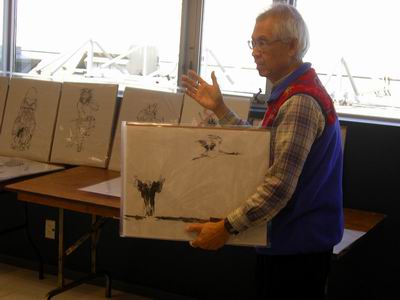 Charles left the many figures he discussed at the beginning of the workshop on a table to examine. 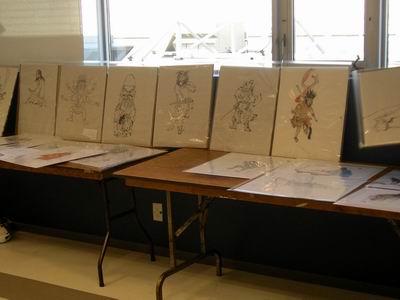 Charles Leung began by discussing the demon he had selected to paint. This demon was a real figure in his time, known to be a good judge. 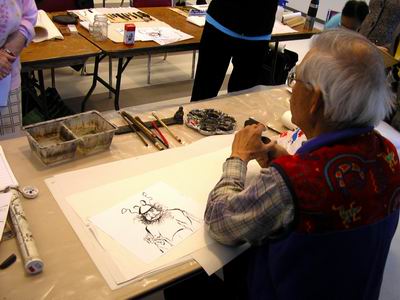 The outline of the hat was the starting point.

Charles then added the ornamentation to the hat, which consisted of wire-like branches with leaves. This type of hat would only be worn by this particular figure. 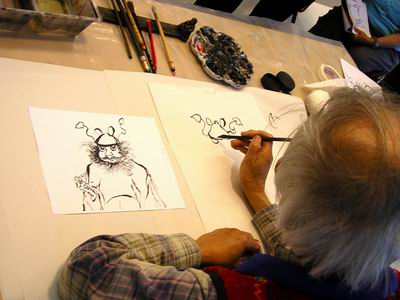 For the beard, Charles Leung suggested to the workshop participants that they to use a dry brush and practice on other paper before painting the beard on the painting. 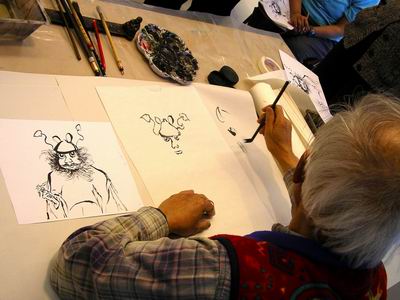 He then added the beard with the dry brush. 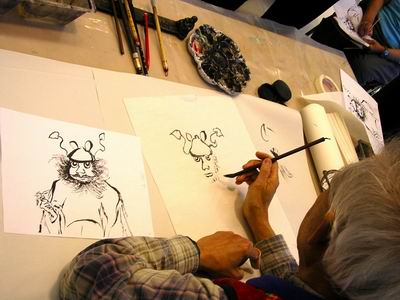 Several more strokes completed the beard and the outline of the face. 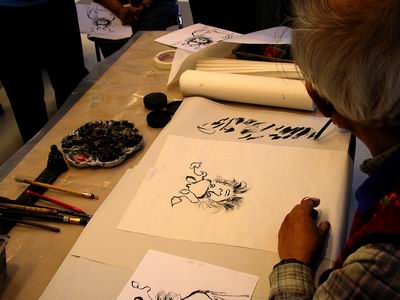 Charles then added the colour to the beard. 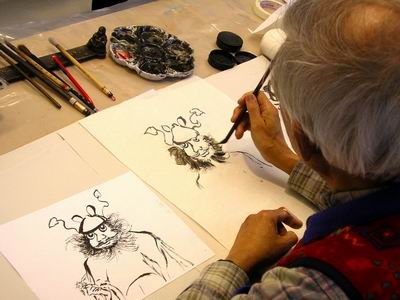 The colour of the face came next. 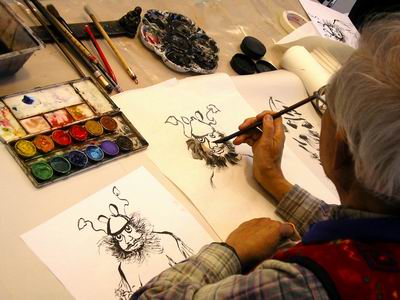 Charles Leung also added a red colour for the lips. 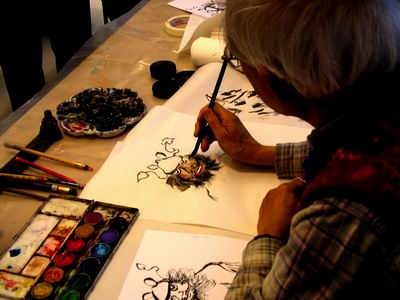 The hat was painted blue. In adding his colour, Charles also considered the direction of the light on the character so that one side would be darker. 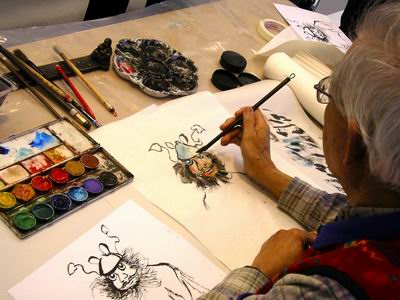 After completing the hat, Charles Leung turned to the body. 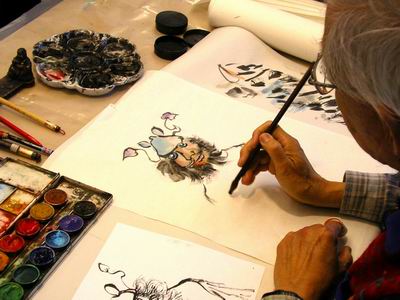 The body included a large belt. 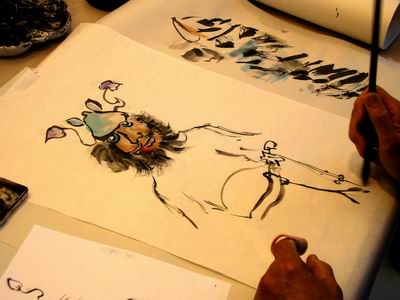 Since this demon was an official of the government, he wore a red gown. 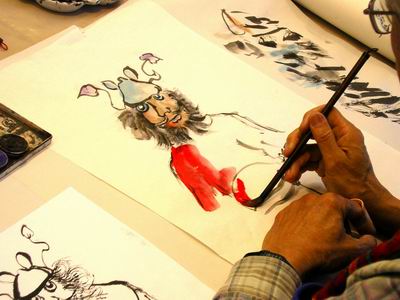 The belt, though, would be coloured later. 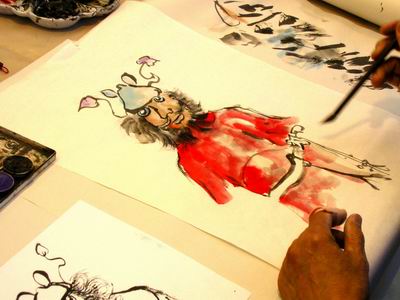 And then it was our turn. But Charles Leung came around to help us out. 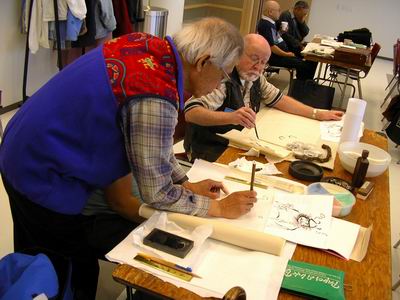 Charles returned to the front of the workshop room to paint another demon. In this painting, the demon releases his crane to go as he wishes. 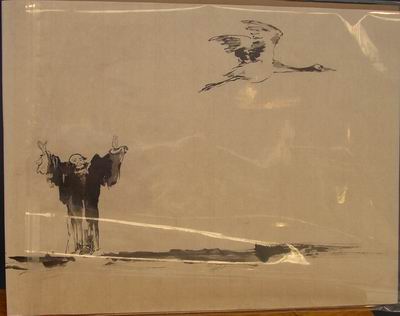 Charles began with the head of the crane, drawing the outline in two strokes. 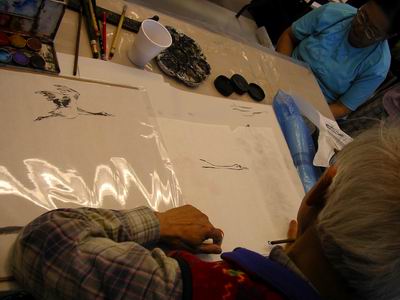 He then added the wings. The rest of the body followed. 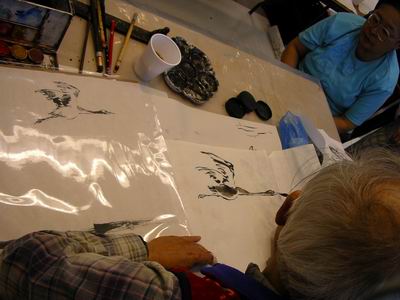 And then the colouring. 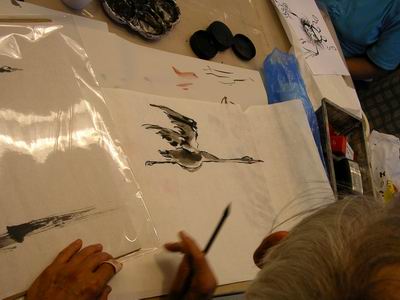 After the bird, came the man's face. 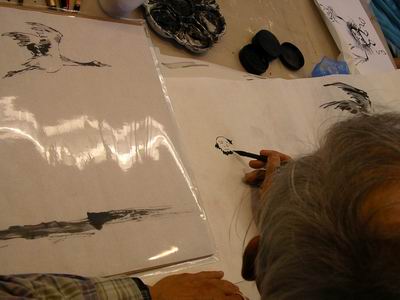 The outline of his raised arms added to the drama of the composition. 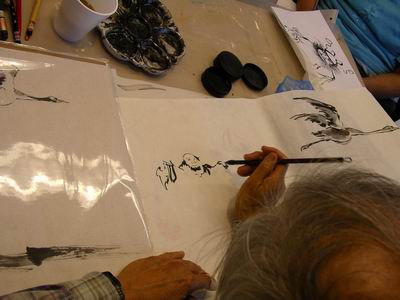 Charles Leung then started to fill in the gown. 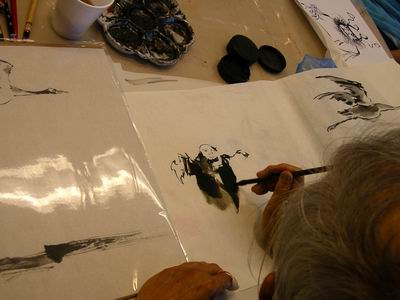 Finally, the raised arms were added and the workshop participants returned to work on this second painting. 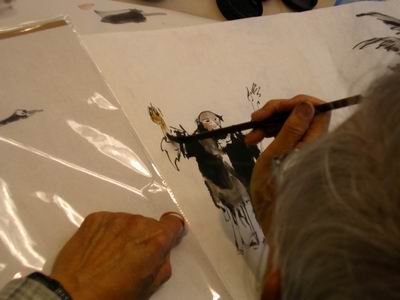 At the end of the workshop, everyone gathered for a picture. 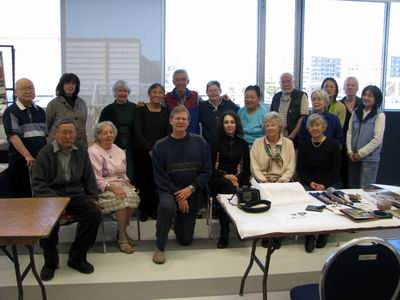 It was then time for us to start working on our own Canadian demons at home.