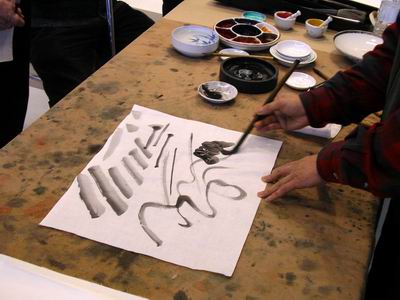 Jeremy Tsai also showed how to apply the same techniques with colour. 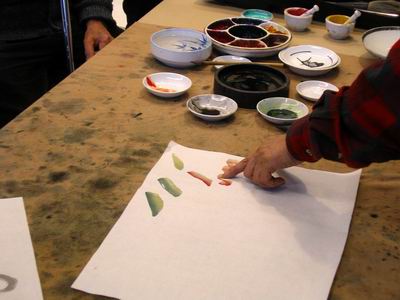 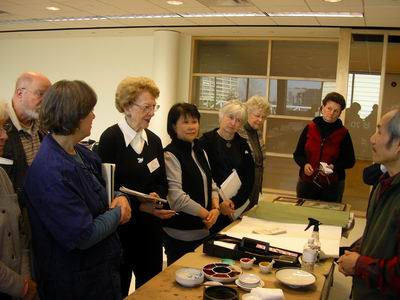 He then began with a stem of a radish. 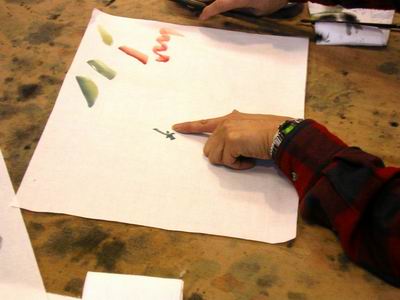 Jeremy then added the radish in two basic strokes. 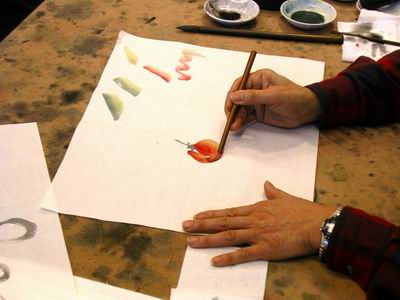 He also drew the outline of a bok choy (a Chinese cabbage). 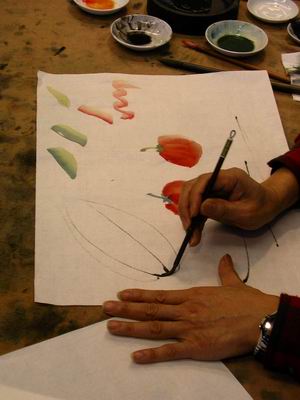 With a dry brush, Jeremy Tsai added the roots. 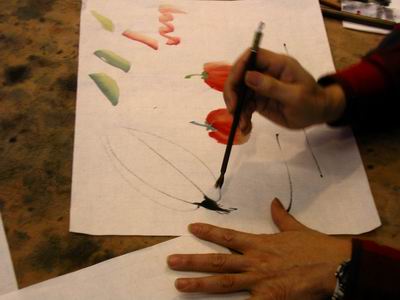 Jeremy then began working on his painting with an outline of the bok choy. 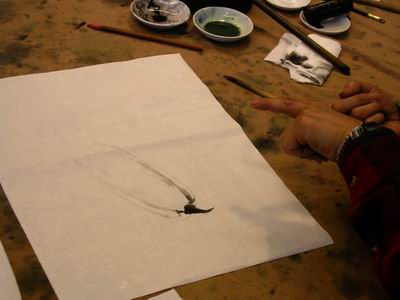 A continuous stroke added the leaves. 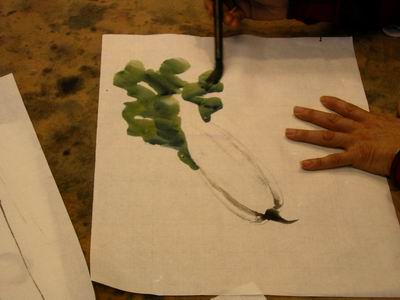 Jeremy Tsai filled in more leaves on the sides. 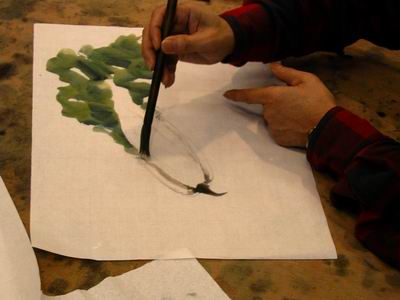 The bok choy was almost complete with a few more strokes. 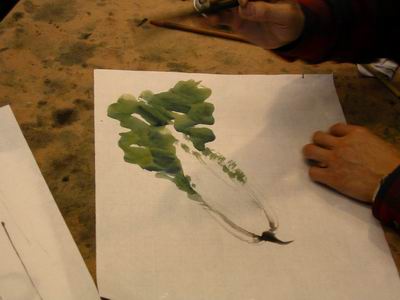 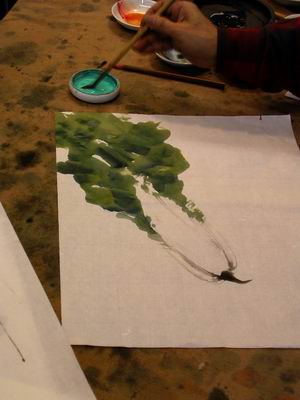 He then splattered the blue on the leaves to add a dynamic effect to the painting. 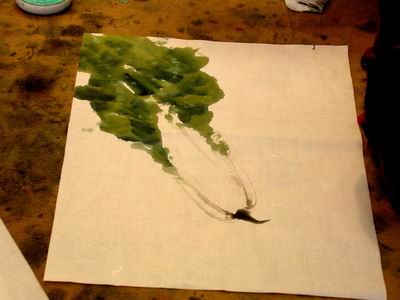 Jeremy explained this technique as he was performing it. 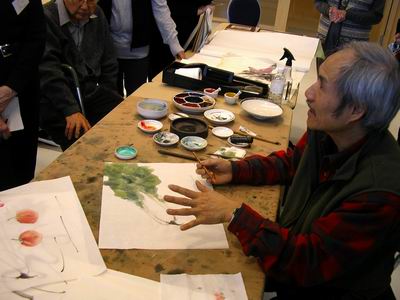 He then started on the radish. Note how Jeremy had thought through the composition, offsetting the bok choy with the leaves at one end against the round, red radish at the other. 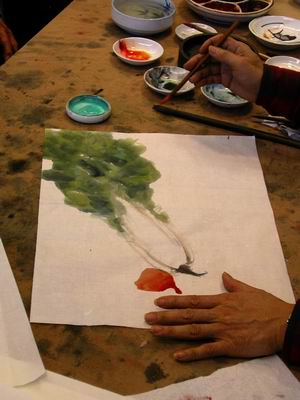 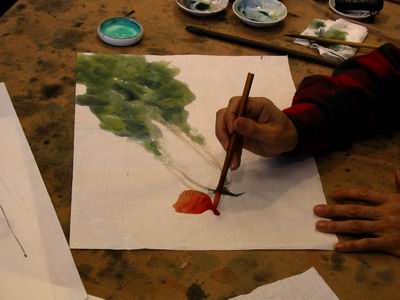 Then Jeremy added the stems in quick strokes. 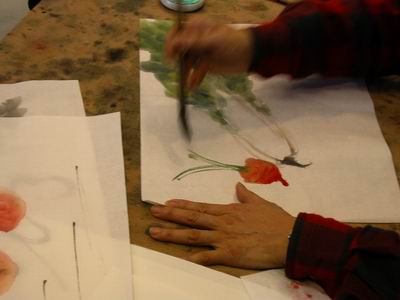 Green onion was added to complete the composition. 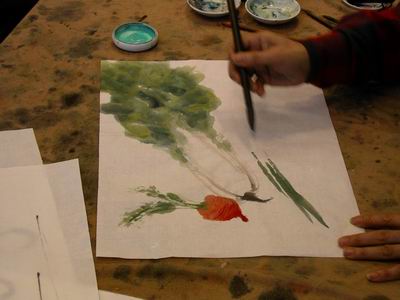 Some brush strokes with black ink added the onion at the base of the leaves. 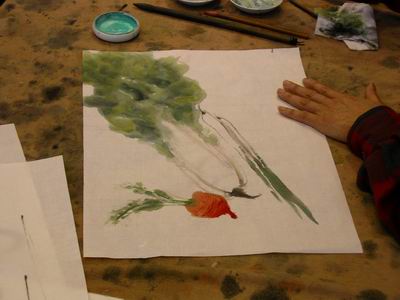 String about the green onion embellished the painting. 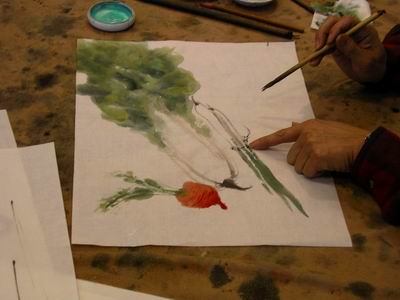 Jeremy added his painting to others on display. 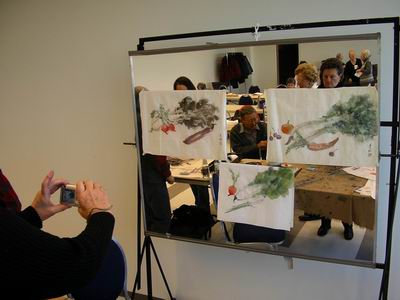 A close up of Jeremy Tsai's completed painting. 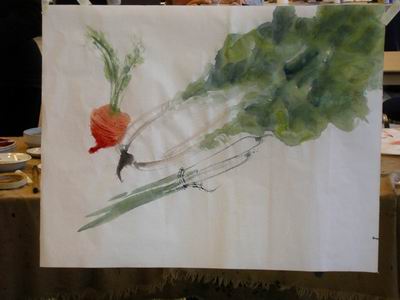 This other painting was done on non-absorbent paper. 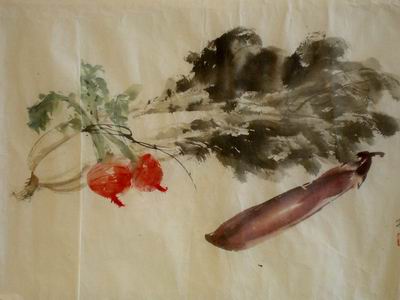 Jeremy Tsai also helped the participants with some coaching when it was their turn to paint. 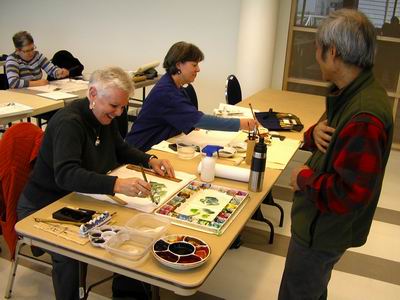 Since it was spring, we could return to our homes and start painting what would be soon appearing in our gardens.