2009 is the Year of the Ox, which means the year should be calmer and steadier than last year. Our instructor for the Year of the Ox, that is, painting the ox, was Baoxing Zhang. Baoxing has led us on many workshops at the start of the year, not only teaching how to paint the animal but also how to paint the characters and understand the symbolic meaning of the animal. 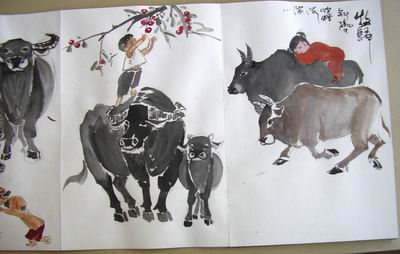 Baoxing Zhang brought with him many paintings of the ox including some with children. These paintings were in a long scroll. Baoxing Zhang has also created many books on painting that show how to paint these animals and many other subjects. 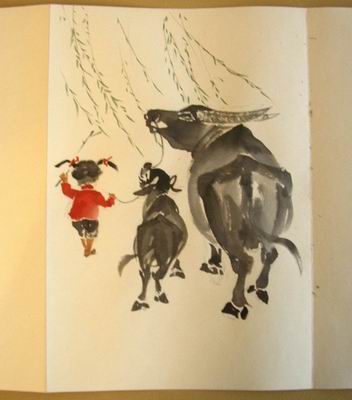 The water buffalo, a relation to the ox, also was included in the paintings. 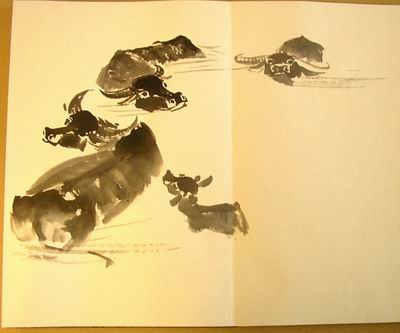 Fighting oxen were shown in some paintings. 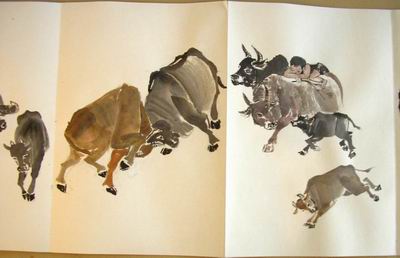 In many of his paintings, Baoxing Zhang adds children and other elements to create an interesting composition. 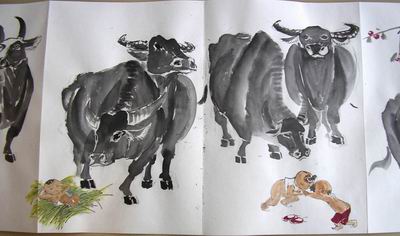 The scroll of ox paintings intrigued the workshop participants. 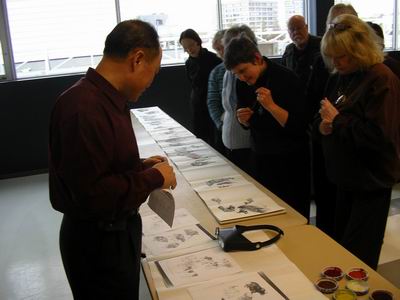 Baoxing began by explaining the many types of ox, such as the cow, the water buffalo and the yak. 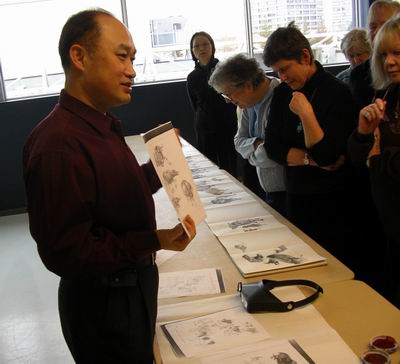 Then he showed us the characters for the ox, which are similar to a diagram of an ox. Also, how you pronounce the word ox. 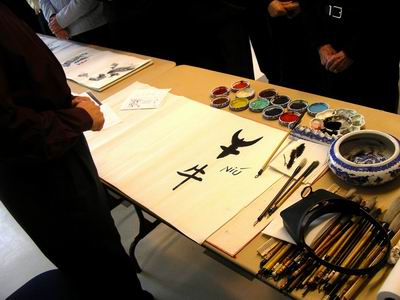 The characters for the Year of the Ox were also added. 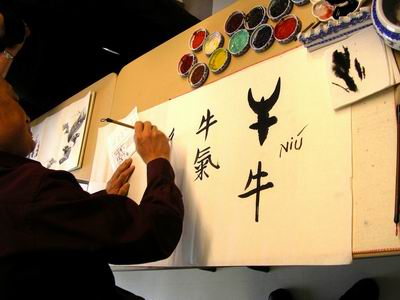 Knowing the structure of the ox is what is important. Baoxing Zhang painted the outline for the workshop participants. 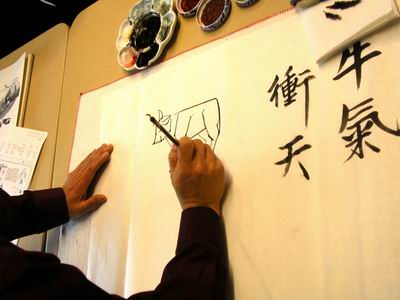 Whether an ox, a cow, a water buffalo or yak, the shape is similar. 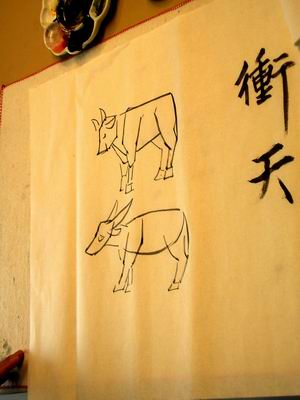 Baoxing began by sketching with charcoal the shape of the animal. This charcoal can be brushed off. 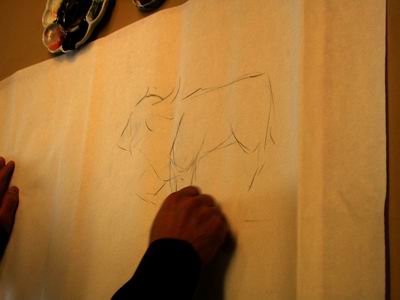 The head is the first part of the painting. 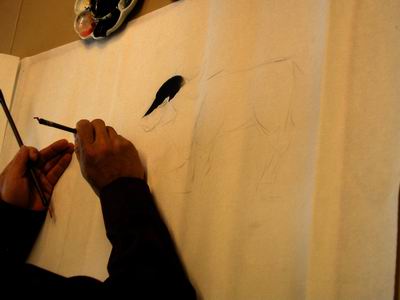 Then the nostrils are added. Baoxing Zhang painted the nose separately to show how it is drawn 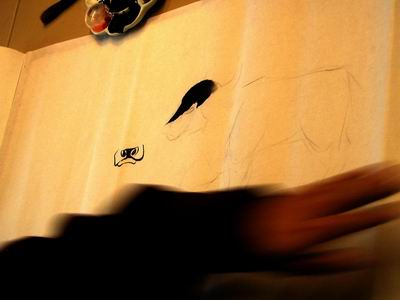 The following order completes the main sections of the ox: the nose, the horns, shoulders, and the hind legs. 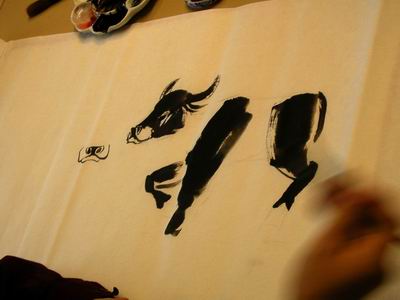 The hooves are split. Since they have a hard surface, Baoxing used a dry brush. 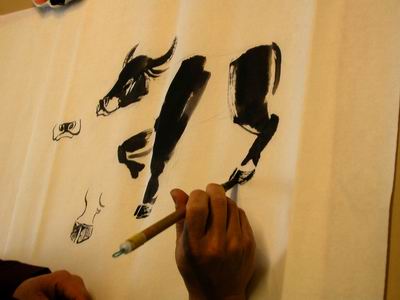 Then the rest of the body was completed using a few broad strokes. 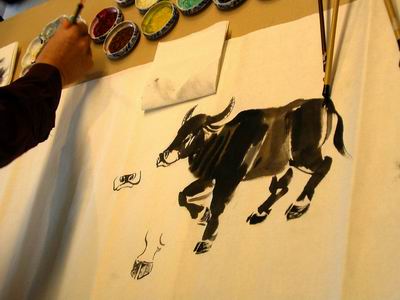 Painting a water buffalo in the water became the next type of ox for Baoxing Zhang. 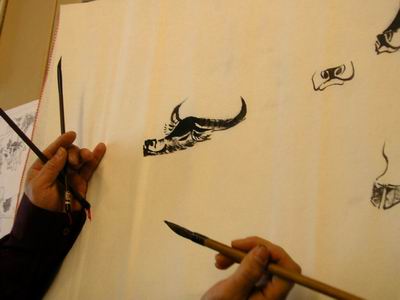 The head and horns were followed by the back. 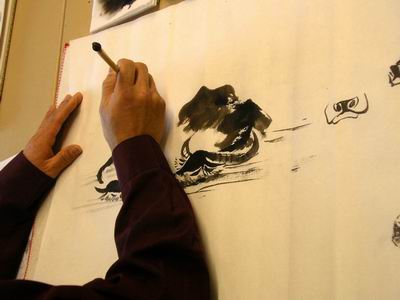 Two more water buffalo and a child were added to complete the composition. 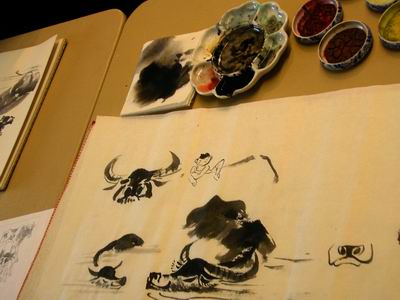 Baoxing Zhang then added the flesh colour to the child. 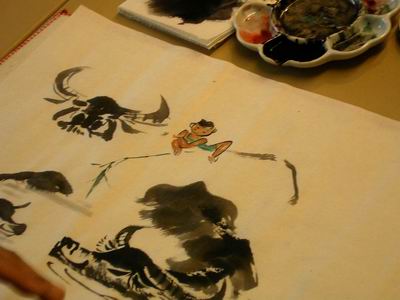 At that point, it was our turn to practice painting the ox. Baoxing Zhang though did come around to help us. 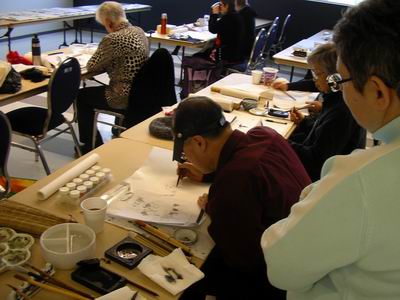 Baoxing returned to the demonstration table to show us another member of the ox family, the yak. 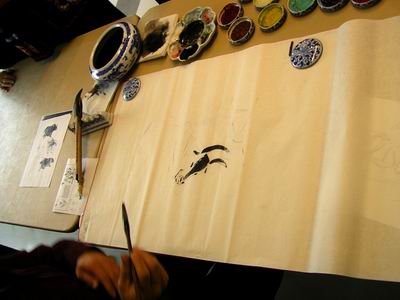 The yak is rougher than the ox or water buffalo as it lives in a colder climate. 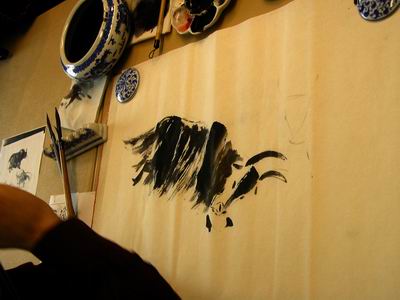 Baoxing painted another yak that faced us. 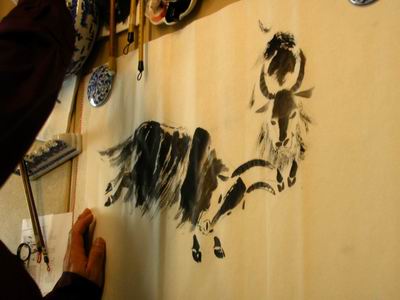 A third yak looked like it would charge out of the paper. 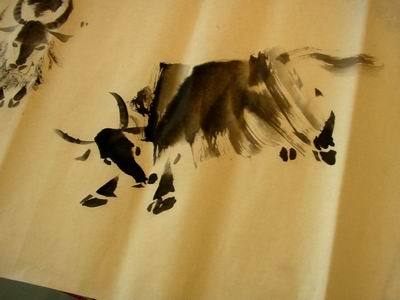 These yaks led to lots of discussion from the workshop participants. 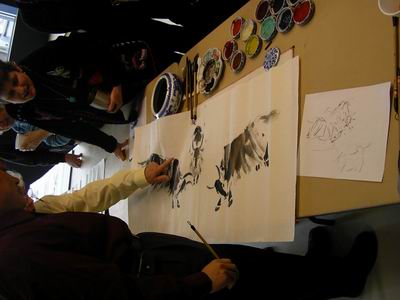 Then we were back to do more paintings of yaks ourselves. Though painting a big, seemingly cumbersome animal, the workshop had flown by.