Tien Chang always has lively and surprising workshops. And they frequently begin with a look at brush strokes, characters and poems, which eventually are tied in with the subject. Fortunately for us, this workshop by Tien Chang was captured in pictures by Jeff Snape. 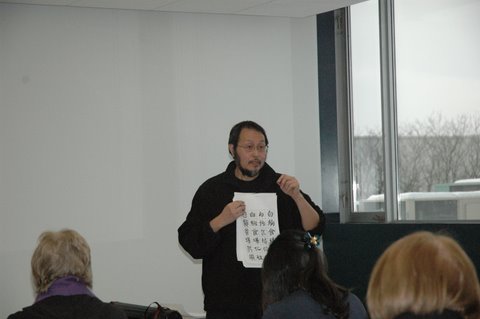 Tien Chang spread his materials across a table and began. Tien works principally in black ink and often uses only one or two brushes.

Tien Chang keeps paper beside him to adjust the ink to it is just right. Here he had composed the body of the lobster and wanted just the right amount of ink for the legs. 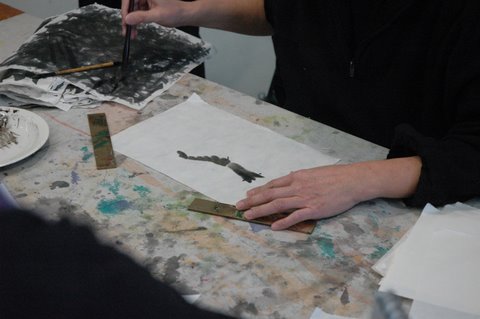 The legs are drawn quickly in fast straight strokes. The antennae also uses one stroke in fast curving manner. 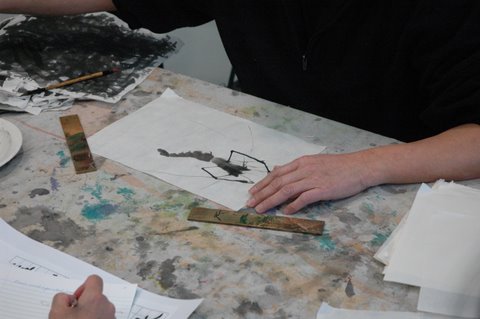 Tien Chang discussed creating the lobster with the workshop participants. 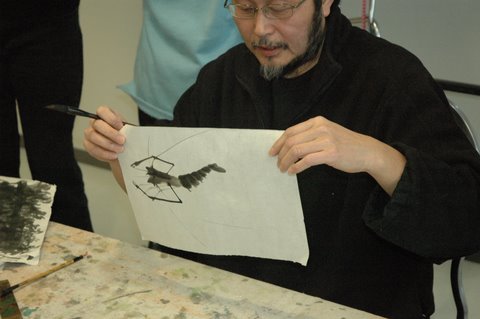 Tien Chang then proceeded to do a few more lobsters changing their positions and pointing out how to create the shell-like body. 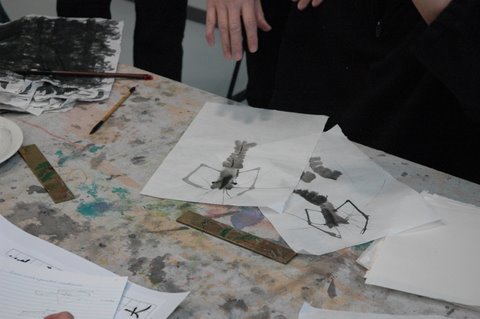 Tien Chang returned to practicing strokes, which the lobster and other subjects are composed from. The strokes involve pressing and lifting and varying the speed of the brush. These strokes can be found in the characters forming the Chinese language. 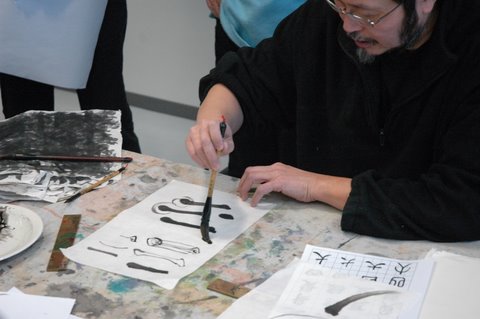 Everyone tried to grasp as much as they could from Tien, who is an entertaining instructor at times. 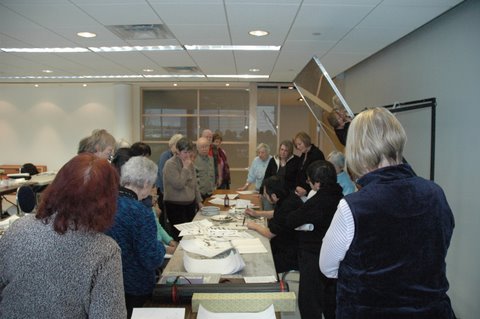 It was our turn to paint. That's why we come to the classes! 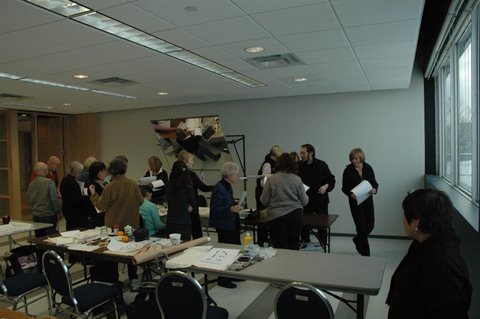 Some people immediately began working on the brush strokes. Tien Chang had provided some sheets with the characters. 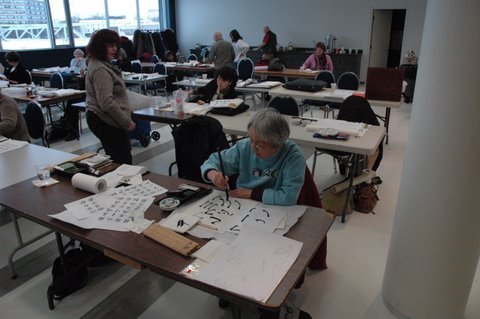 There was lots to do in this workshop and participants had their choice of material to work on. 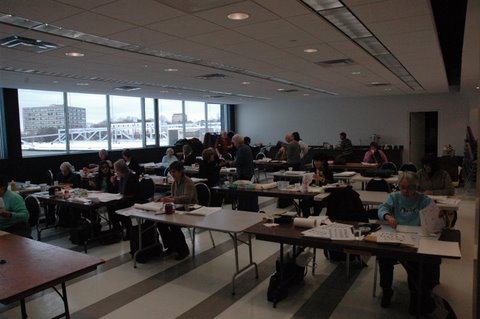 Tien Chang helped out with some one-on-one coaching. 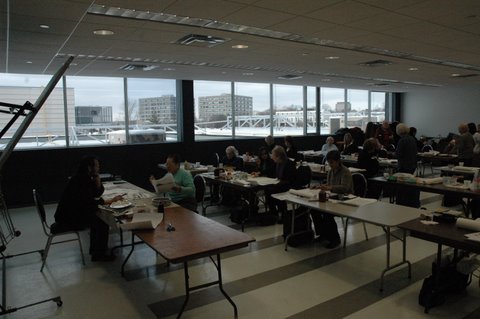 These participants, like others in the class, soon became wrapped up in their assignment. 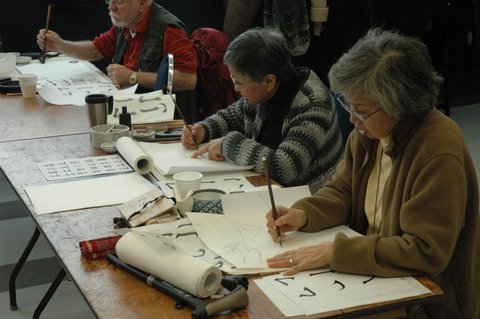 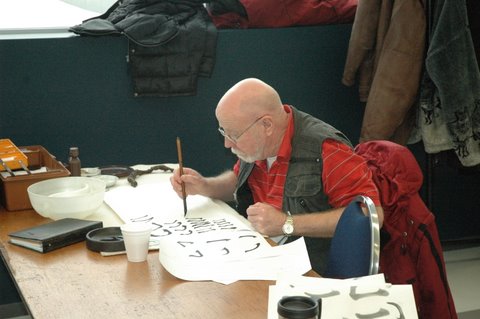 As did Diana Bullock. 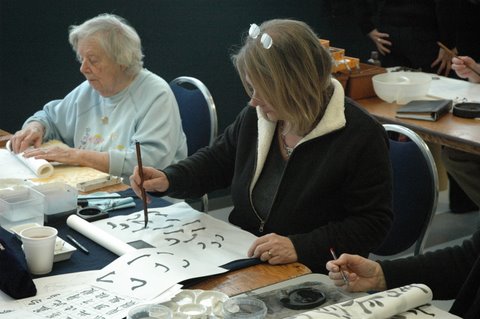 Some tried their hand at the lobster. 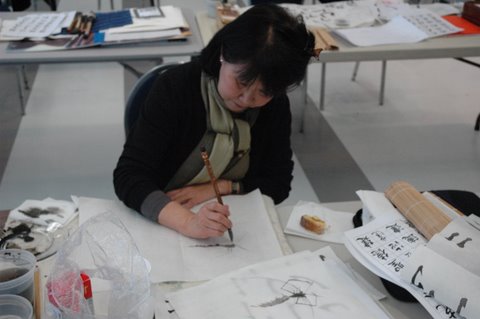 Practicing the characters intrigued this participant. 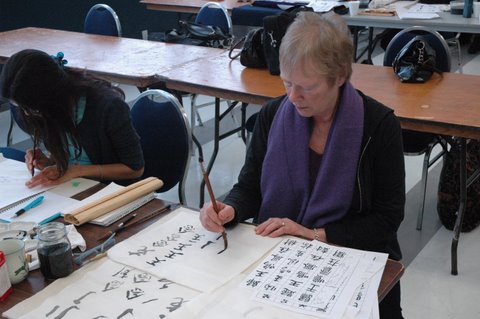 The lobster captivated this industrious participant. 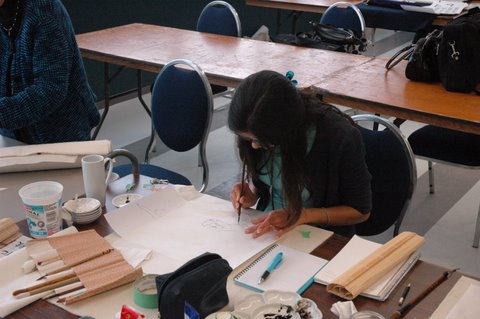 Tien unrolled on of he scrolls containing poems and images. For Tien, words and images are intertwined in meaning and art. 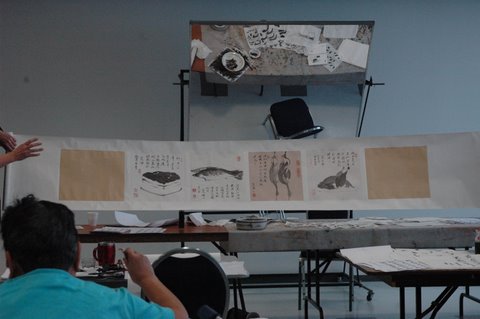 Tien Chang spent some remaining time explaining the poems and images in the large scrolls he works on. 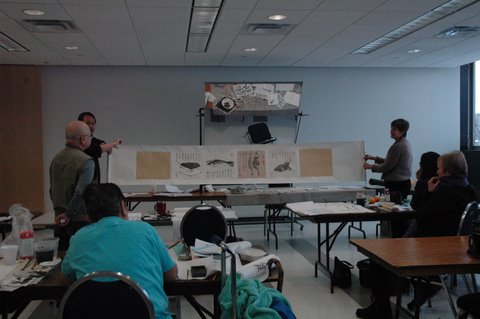 It was time for us to return to our tables and try again.