Receiving your seal is a special event for a sumi-e artist. This year like the quarter century before at the Sumi-e Artists of Canada was no different. Three hard working artists received their seals after spending many years working at their art, as was evident from the test pieces at this year's graduation ceremony. 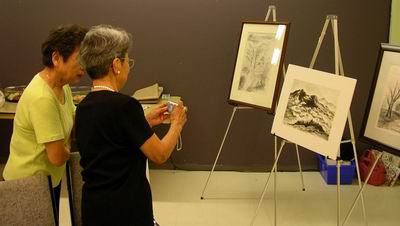 Ann Abraham's work combined a classic eastern landscape including a waterfall with some interesting western touches. The figure could be a hiker in Algonquin park with a pet looking at a distant deer. The towering mountains and darkened clouds added a majestic mood to the piece. 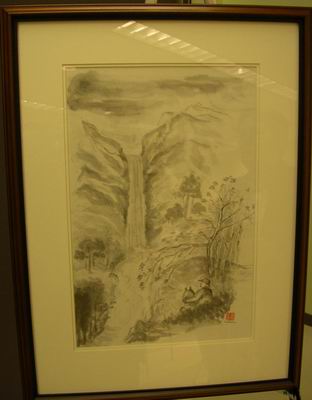 Leona Kelly's Canadian landscape seemed from the foothills of the Rockies. The eye is drawn to the forefront where a forest of trees captures a rugged scene that is itself dominated by mountains. There is a fierce, untamed quality about this natural landscape that captures the spirit of Canadiana. 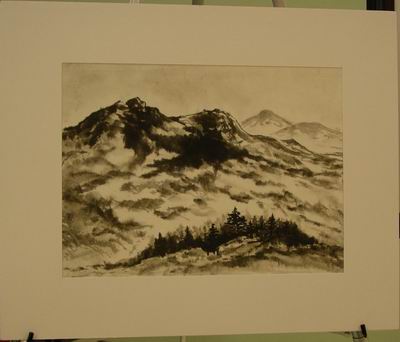 Midori Chijiiwa's painting of cherry blossom trees could have been direct from Japan. In fact, you can find them in Toronto's Kariya park. Midori's painting balanced the delicate pink blossoms with the other aspects of the park such as the walkway steps that invite the viewer into the scene. If you look carefully, you will see the blossoms also on the path itself. 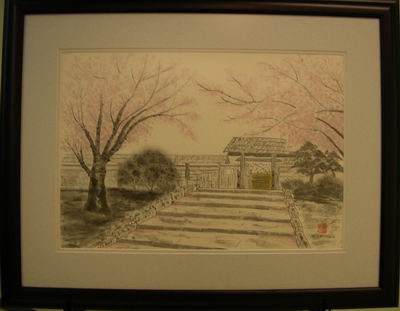 The seal ceremony is one of the oldest cultural ceremonies of any art form explained Sumi-e Artists of Canada president, Gary Bist. For hundreds of years before our organization, a seal was given to an artist to show the mastery of the art. Typically, an artist spends five years in classes to achieve receiving a seal. Traditionally, the artist submits a test piece, which is displayed at the graduation ceremony. The scroll shown below lists the artists' names, seal imprints, and the meaning of the seal listed with the Sumi-e Artists of Canada. 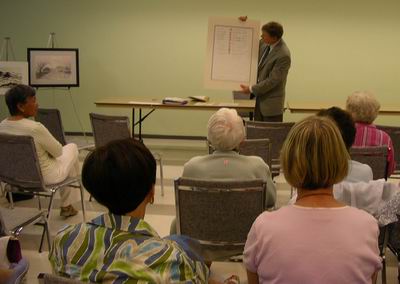 A seal consists of a short description which an instructor associates with a graduating student. The seal is the red imprint shown below. The characters comprising the seal are also shown in hand-written icons. 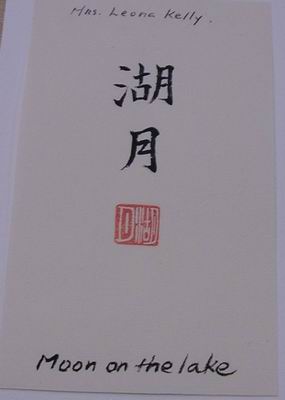 Leona Kelly added her seal to her test piece helped by Marie Ikeda. 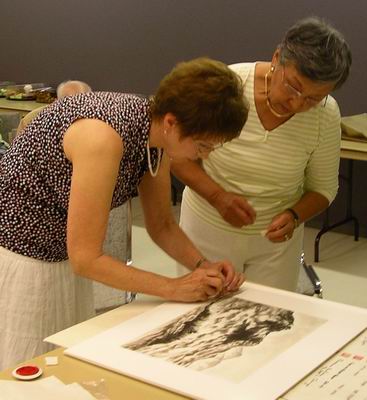 And then posed with the painting. 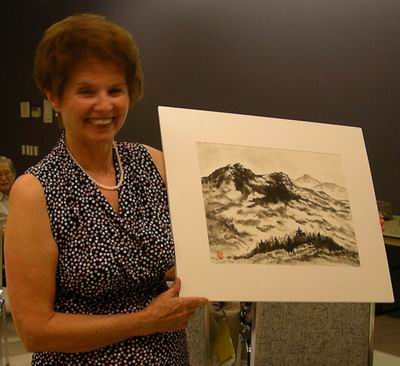 Leona Kelly added her name and seal imprint to the scroll of the Sumi-e Artists of Canada. 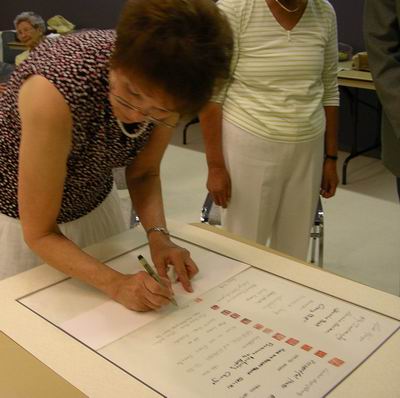 Ann Abraham added her name and seal imprint also to the scroll of the Sumi-e Artists of Canada. 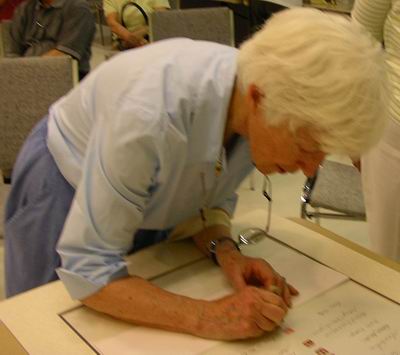 Shirley Isojima added the seal imprint for Midori Chijiiwa, who was absent from the graduation ceremony. 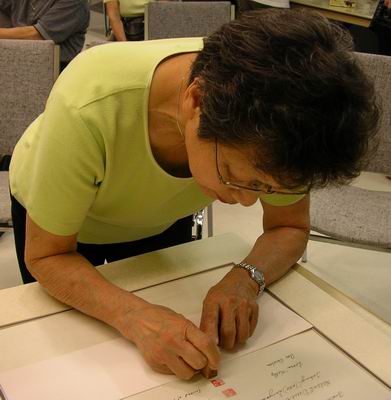 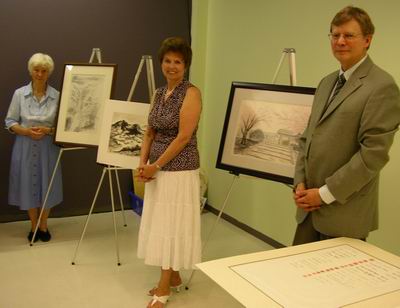 In addition to the graduation ceremony, a business report was presented on the activities of the Sumi-e Artists of Canada this year. Moira Mudie made a joyful presentation about the professional development activities Moira has brought to the members in the form of many memorable workshops. 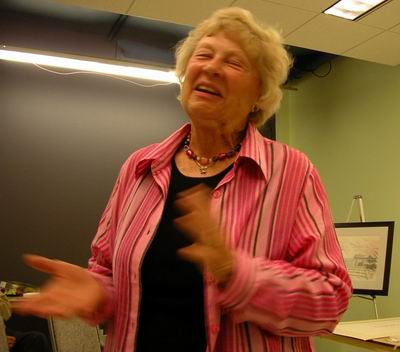 Our treasurer, George Nakamura, presented our financial statement. Although the Sumi-e Artists of Canada is a non-profit organization, we still need to pay our bills and remain financially sound. Members at the graduation were reminded that volunteers are always needed to keep the organization going. 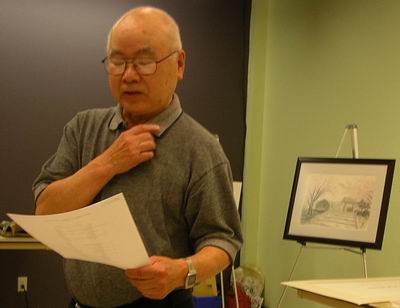 A silent auction took place while the business was discussed with some excellent painting supplies at a bargain price. Perhaps they will be used by enterprising members preparing their paintings for this year's annual show. 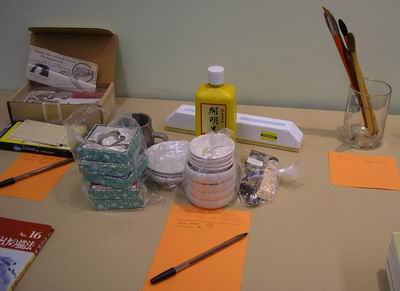 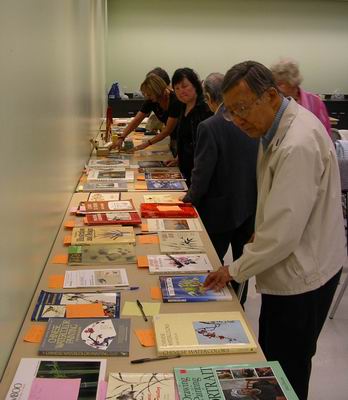 This year's graduation ceremony closed with some socializing and a lunch courtesy of our conveners, Linda Nakatsu and Dianne Kitazaki.