We finished our 25th anniversary with an elegant luncheon at the Rosedale Golf Club arranged by Moira Mudie with assistance from Adrienne Arvidson. 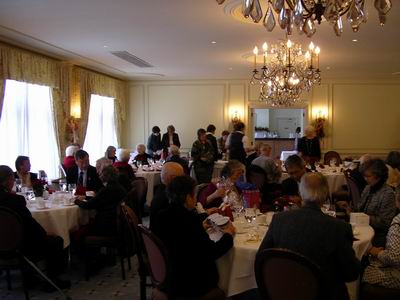 We were entertained with odori or traditional Japanese dance under the direction of Susan Nikaido. Like the brush strokes in sumi-e painting, the steps to these elaborate, formal dances require continual practice. 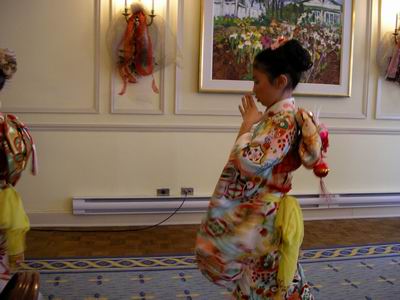 Young ladies of several age groups performed for us. 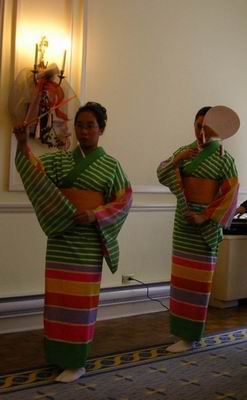 Our luncheon gave the chance to meet old sumi-e acquaintances such as these members. Left-to-right: Connie Bist, Elma La Force and husband, Terry and Koto Adachi. 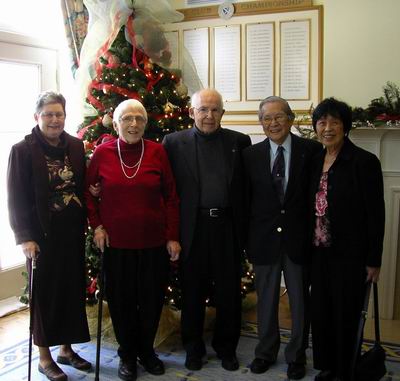 Our special guest was Sumi-e Society of America President, Joan Lok. Joan attended the luncheon as a speaker, but also to discuss an international show at the Japanese Canadian Cultural Center in 2009. We also were fortunate to have past president, Cecil Uyehara and his wife Allie, who were involved in the last international show in 1996. Left-to-right: Joan Lok, Gary Bist, President of the Sumi-e Artists of Canada, and Midge Prong, a coordinator of the 2009 show discuss the proposal. 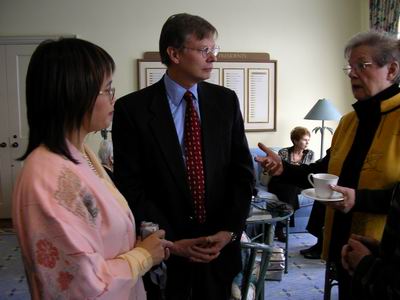 Joan Lok gave us an entertaining and realistic assessment of sumi-e in North America today. 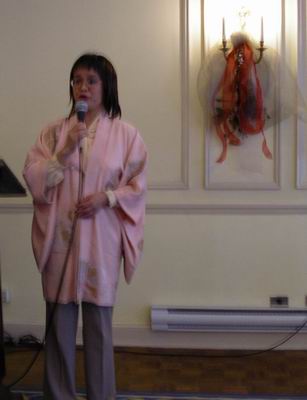 Those who attended the luncheon were the first to receive the special gift commemorating our 25th anniversary: a paperweight (handy for holding down rice paper) that was created through the efforts of George Nakamura. Members who missed our luncheon can pick up their gifts at any workshop in 2007. 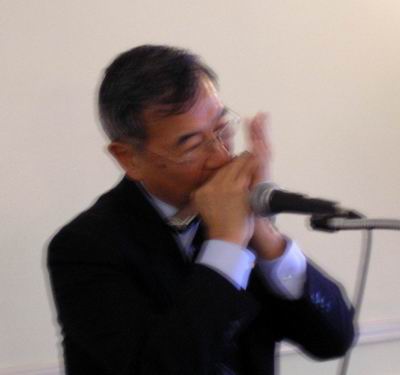 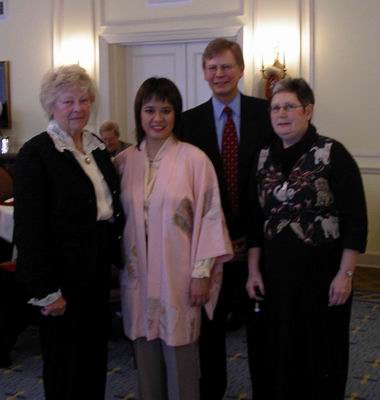 Time to rest for the holidays and prepare for another year of explorations in sumi-e painting.