2006 is the year of the dog. Baoxing Zhang, a popular instructor who has led us in other similar workshops including last year's year of the rooster workshop, focused on the structure, proportions and composition of the dog. Baoxing showed us some techniques with the brush to create the fur - short, curly and long - and the relationship of eyes and nose. Baoxing began by showing us paintings of dogs he has been creating. 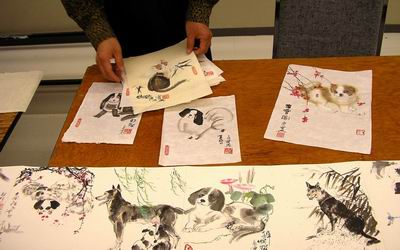 The word dog, as it sounds, started the class. 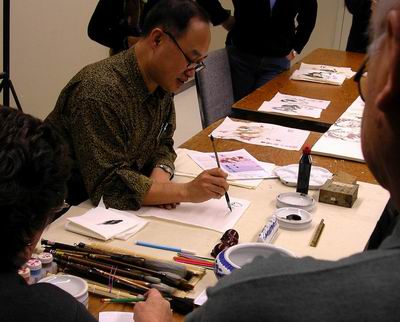 Baoxing then drew the characters for dog, both in the ancient and modern form. The most ancient looks like a dog. 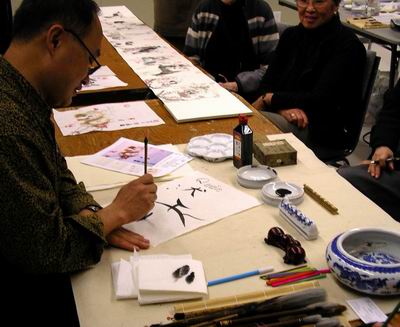 The first dog painted was one for children. Baoxing has been working on a children's book, which shows children how to quickly draw the basic stokes for creating a dog. 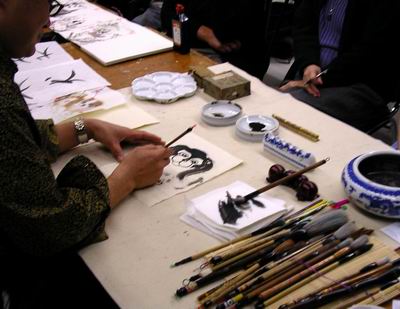 A puppy was the next dog to be painted. Baoxing collects pictures of animals that he would like to draw. The drawing above Baoxing's own painting helped him work on this composition of a puppy. Baoxing uses the technique of sketching the dog with a blue pen he found in a clothing shop. This practical technique allows you to draw the outline and then, when water is applied, the outline disappears. 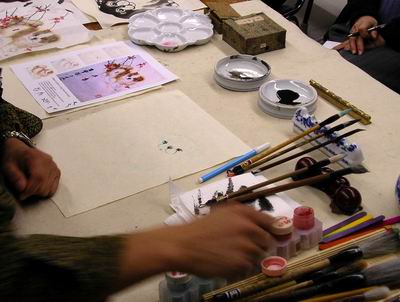 The nose is usually the starting point for Baoxing. By starting with the nose or snout, the eyes are easier to create in relationship to the nose. Using a dry brush with gray ink, he then adds the fur to fill in the outline. 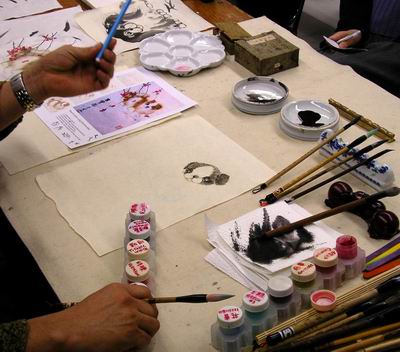 Colour is added afterwards to bring out the coat of the puppy. Note how this puppy contrasts with the first simplified dog for children found in the top centre of the picture. 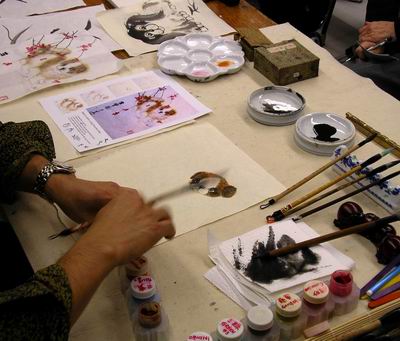 In addition to the detailed puppy, Baoxing demonstrated the looser, free-form and more impressionistic approach to painting dogs. A participant brought a camera with a picture of her white dog (see camera near brushes), which became the basis for Baoxing's painting. 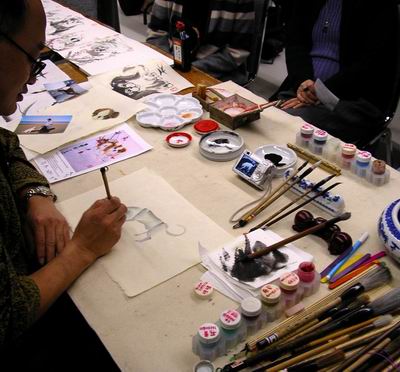 The background is added last, beginning with the ground the dog is upon. 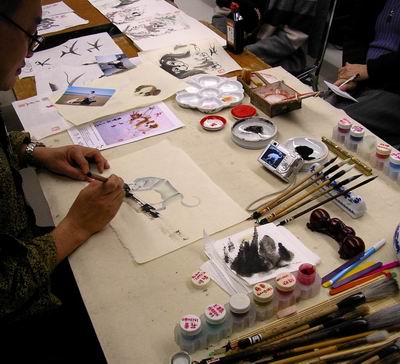 Baoxing then added the branches of a tree to complete the painting. 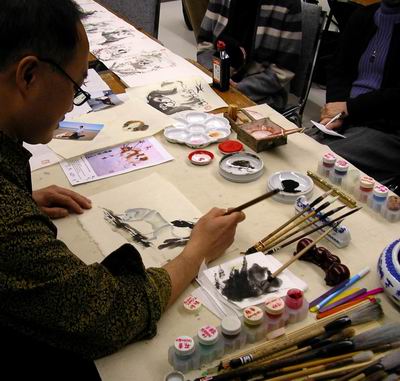 A participant asked for advice on creating a small, white dog with curly hair (see photo near brushes). Baoxing used a dry brush with a wave-like motion to create the short, curly hair for this dog. 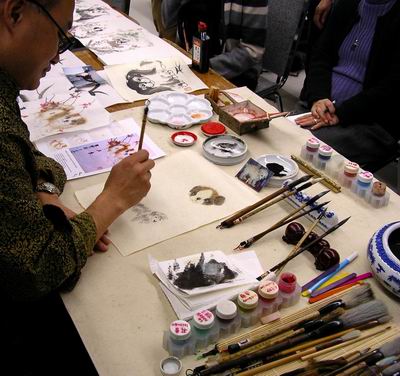 The completed dog had a bushy appearance in contrast to the other dogs painted at the workshop. 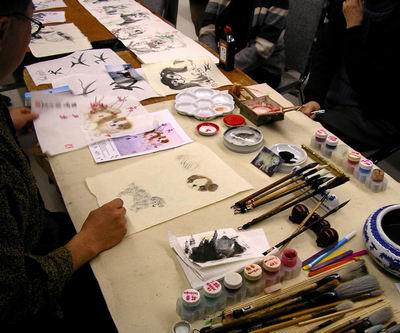 Now it was our turn and the participants in the workshop tried their hand at creating these dogs while Baoxing helped us one-on-one.

You can find more information on Baoxing Zhang in our links section.