Fish are interesting - and difficult - creatures to capture with the brush. They live in a watery environment and can twist and turn unpredictably. There are many types of fish, from catfish to goldfish, each with its own characteristics. Fish are also symbolic figures in Chinese culture for prosperity. William Ho, a well-known artist and popular instructor, fortunately was our guide at this workshop. William recently had a show at the Varley Art Gallery to raise money for Hope for the Future, a charity he started to help children infected with AIDs. He began by describing the part of the fish you should most be concerned with - the tail. 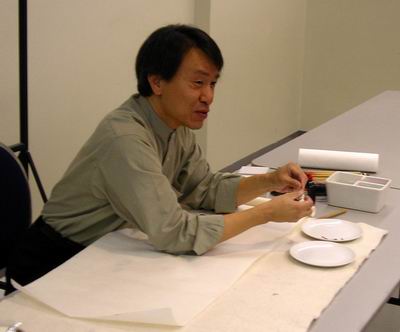 William then mixed a bright vermillion for the fish body and some purple paint, which he put on the other side of the paint dish. He loaded considerable water in a soft hair brush, filled it with the vermillion and then dabbed it in the purple. 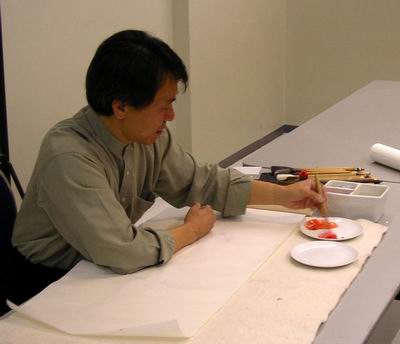 William began with the tail of the fish, which is drawn in a wave with a light hand in one stroke. 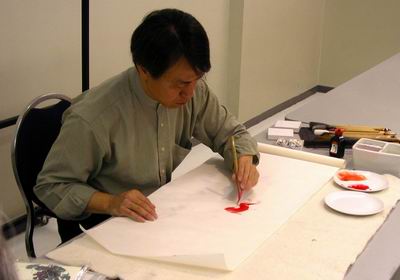 The body is added next, again with a single stroke. William noted that the body is a continuation of the tail so it follows it in direction. A common error is to have the body going one way and the tail going in another direction, which is not natural. 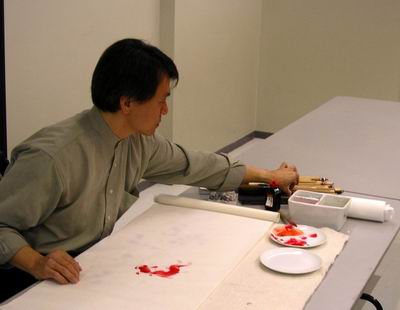 Two curves with some specks of black ink added some bulging eyes. 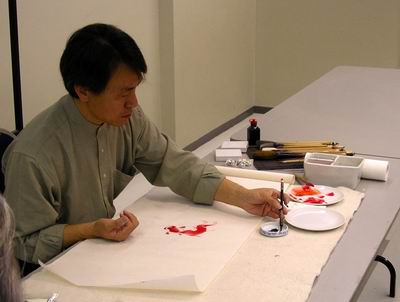 William drew a second fish beside the initial one. 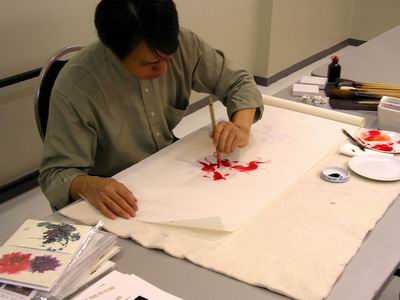 The completed pair of fish drawn in William Ho's expressive style was shown to the class. 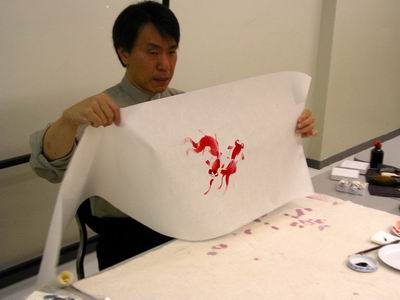 William also brought his sense of humor to the workshop, which led to some amusing moments. 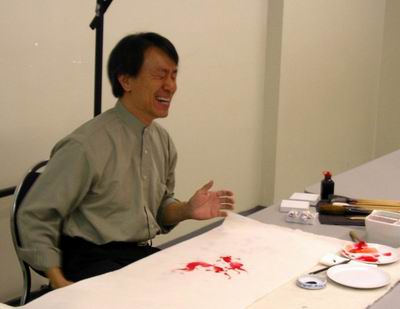 At this point the participants were sent to their desks to work on their fish. William watched each artist and provided tips to improve his or her technique. Later, he returned to demonstrate further on the art of drawing fish. 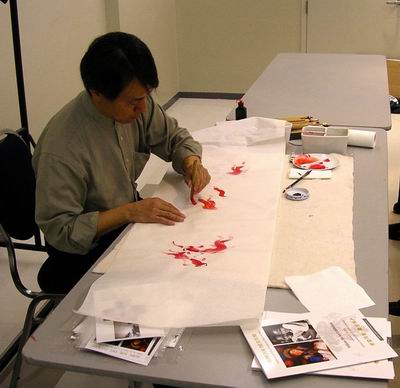 In the second part of William's demonstration, he showed how to get the right effect of the body, which is lighter on one side. He also painted some additional fins. He painted some skeleton-like structures to give an idea of the form of a fish.

William wrapped up his workshop by telling us that painting fish with a few strokes is expressive but challenging. If there are only four brush strokes and one stroke is wrong then one-quarter of the painting is wrong. 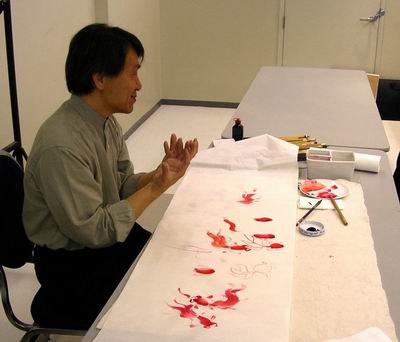 During the workshop, participants purchased cards painted by William Ho and brochures about Hope for the Future. All proceeds went to the charity.