Figures are one of the most challenging aspects of sumi-e painting. Baoxing Zhang returned for a second workshop in 2005 to focus on the figure, and in particular the face and the hands.

The first figure Baoxing painted was a girl lying on the ground with her head in her hands staring at a frog. He began by sketching the girl and frog in charcoal and then added his first strokes with black ink to create her face, hands and legs. 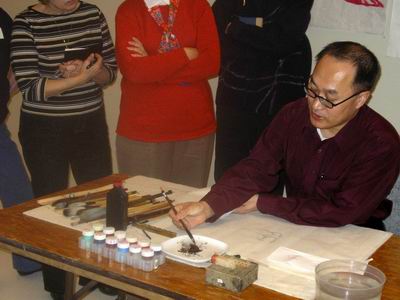 Baoxing then added blue ink for her dress and green ink for the frog. With a dry brush, he added grass. 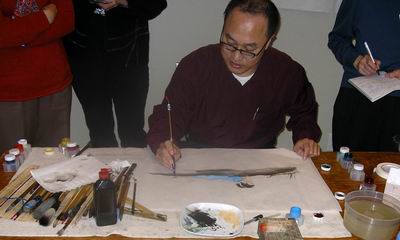 A few more broad strokes added the ground and some rocks. 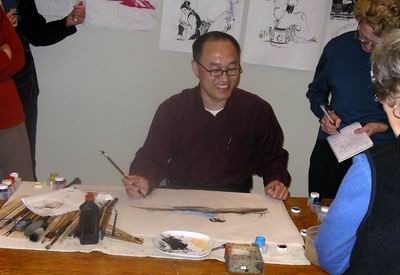 A monk was also drawn at this time using the reverse approach: starting with a few broad strokes to create the body and then adding the face, hands and feet. Afterwards, calligraphy was added which said that the monk was drunk but not on wine. 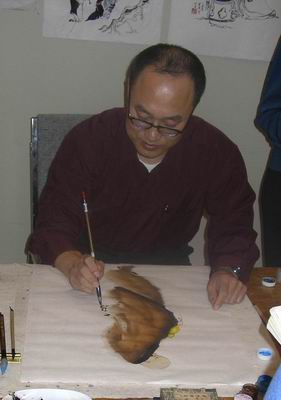 Participants then tried to paint some of their own figures with Baoxing offering suggestions as he observed their work. Baoxing had brought many pictures of figures, including children, young men and women, and old people, so those attending the workshop had lots of examples to guide them. 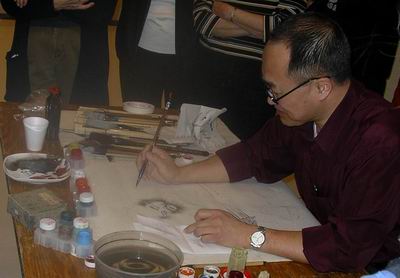 The clothes were added after the face. Since the ghost fighter had saved the emperor, he was entitled to wear red, the colour of the royal family. 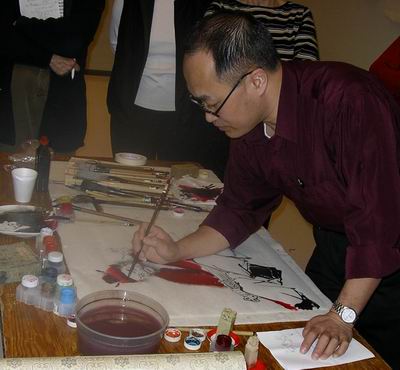 Finally, Baoxing added the skin colour. Older figures use a darker shade of skin tone. Baoxing mixed yellow and orange to get the colour and offered this tip: paint the colour on your own skin to see if it is close to a real skin tone. 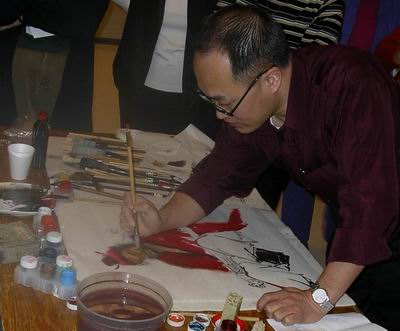 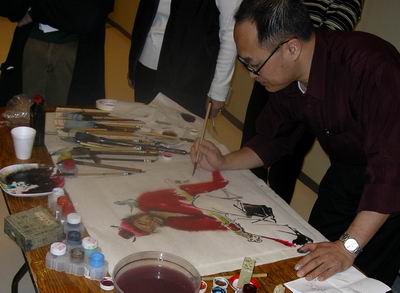 Several pictures on the wall showed other figures to those at the workshop. 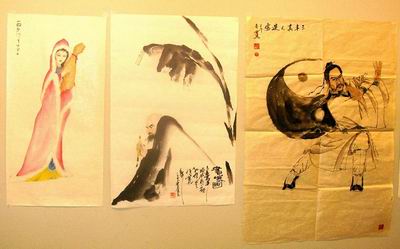 A collection of children, women and men figures were also on display on a table including a series of musicians. 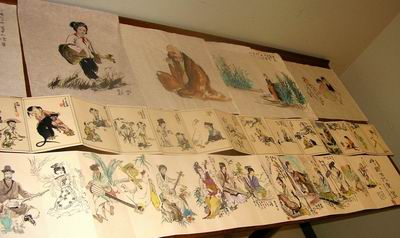