Year of the Rooster with Baoxing Zhang - February 12th, 2005

2005 is the year of the rooster. In this workshop, Baoxing Zhang explained the structure, components and proportions of the rooster, tips and techniques on colouring and painting feathers, and the use of different brushes to create a life-like bird. Baoxing created a detailed, finely-crafted rooster and also a more expressive rooster drawn with fewer but bolder strokes. He added calligraphy to the paintings created.

Baoxing began by explaining the concepts behind the rooster. Its structure, components and proportions. 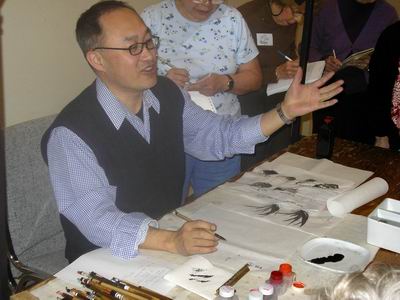 Baoxing then painted parts of the body, the feathers, and showed how to get the right colour and use the right brush for effects. 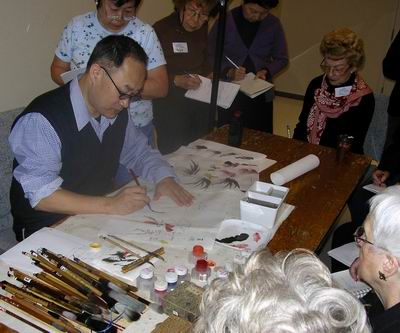 The tail feathers need to be displayed naturally, including some that criss-cross over others. 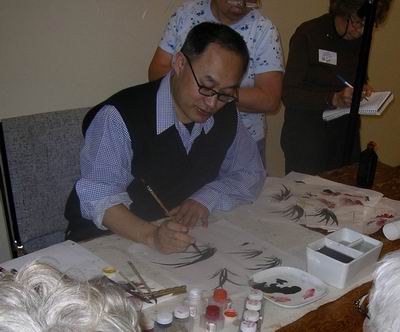 Using the techniques on the parts shown earlier, Baoxing developed the rooster. 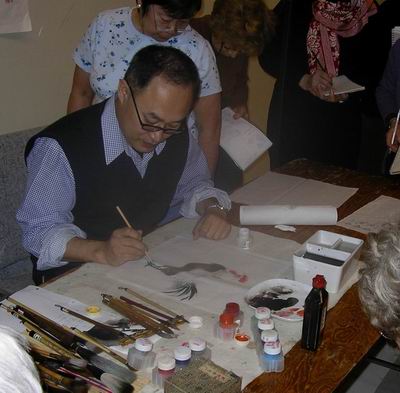 Baoxing added the name for the rooster to his work. 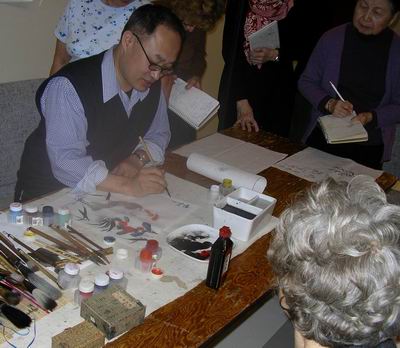 At this point, members began working on their own roosters with Baoxing offering suggestions to each participant. Afterwards, Baoxing returned to the demonstration table and created another rooster using a more expressive style in which the rooster is created with fewer but bolder strokes. 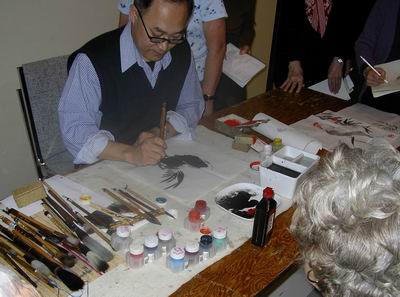 A collection of rooster paintings were left on display by Baoxing to demonstrate the many ways to paint this bird.